The Paramore singer goes country-gospel with "In the Mourning." 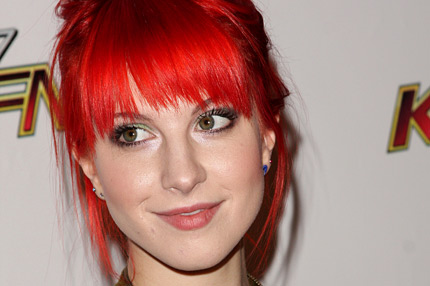 She posted a 30-second demo of a new song on her blog Tuesday, and it appears the spunky, flame-haired singer is getting in touch with her Southern roots. Listen to “In the Mourning” here! [Via MTV]

“A few weeks ago I posted some new lyrics up on Tumblr. Wanted to sharethe melody with anyone who’s asked me to post it,” Williams wrote of the solo composition”This is just the chorus … I didn’t want to post the full thing yetbecause I don’t want people thinking it’s a new Paramore song. This isjust something I wrote for fun. Hope you likes!”

Meanwhile, Paramore are also working on new material following the recent departure of members Josh and Zac Farro, with hopes of releasing songs – and perhaps an album – in 2011.

What do you think of “In the Mourning”? Tell us in the comment section below.