Watch their debut performance on the show below 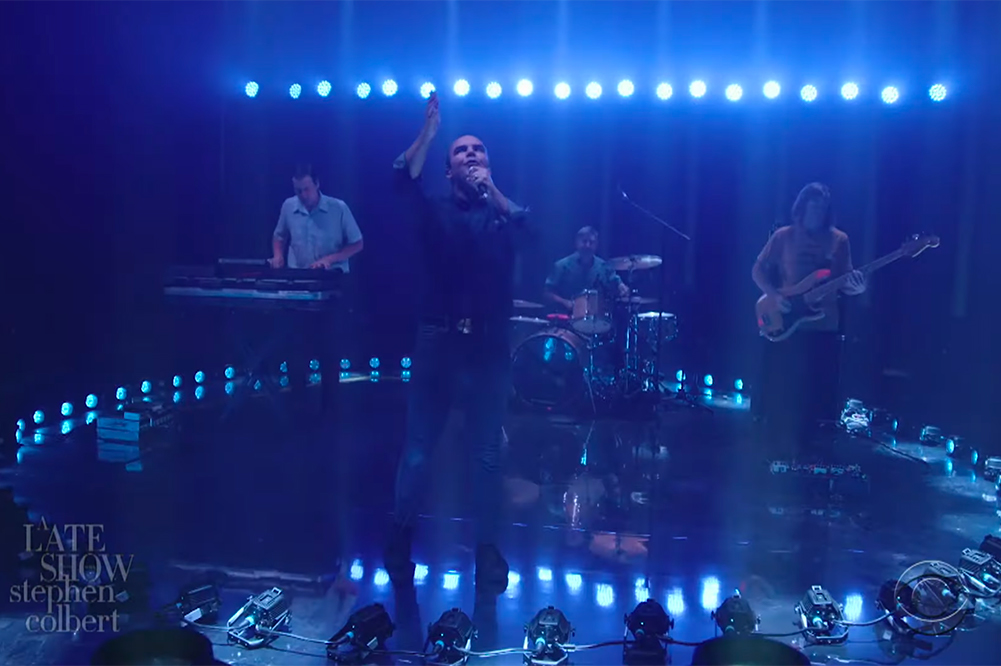 If you’ve been missing Sam Herring’s theatrical movements onstage during a Future Islands show, the band has returned to the stage, performing “For Sure” on The Late Show with Stephen Colbert on Wednesday night (Oct. 7).

Unlike other recorded performances, the Baltimore-based band went for a straightforward performance that will surely bring joy to some fans who missed seeing them live. It was also the band’s first time appearing on the late-night show.

The performance comes only days before they will be releasing their latest album, As Long As You Are. Aside from “For Sure,” they’ve previously released “Thrill” and “Born in a War.”

They will also be playing a special show to celebrate the new record tomorrow night (Oct. 9) You can find more information here.

Watch their Late Show debut below.