Watch Miley's version, along with "Midnight Sky" and "Slide Away," below 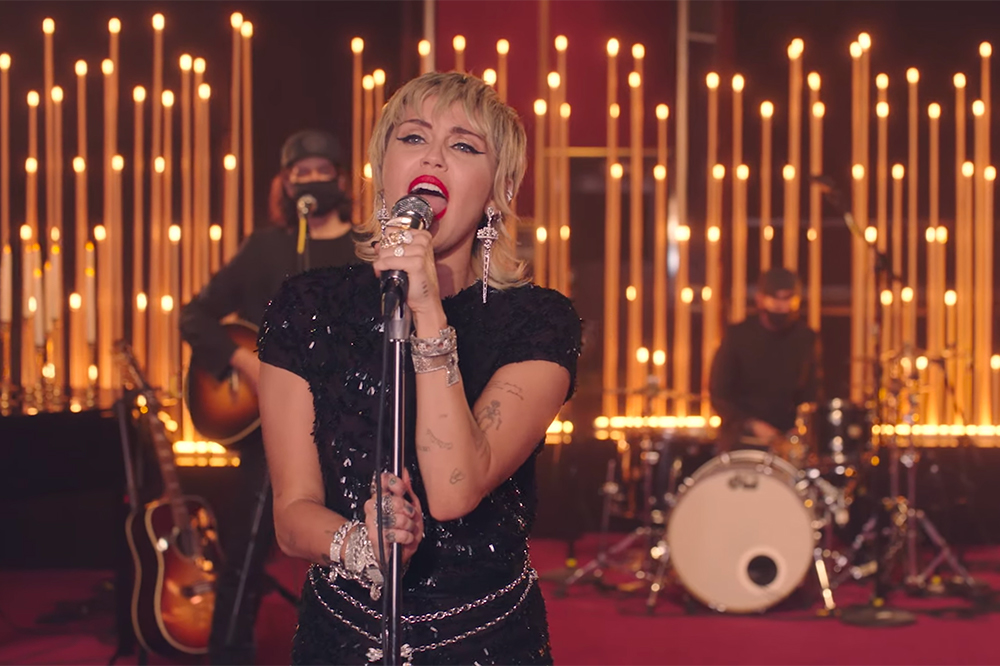 Surrounded by candles and her masked band, Cyrus brought a jazzy vibe to the pop track that was almost Amy Winehouse-esque. And unlike Eilish’s light and airy vocals, Cyrus brings some grit and improvised vocals runs to her version of the tune.

She also performed “Midnight Sky,” which she performed at the MTV VMAs a couple of days previously. Cyrus also did “Slide Away,” which she brought to the same awards show last year.

While it seems that Cyrus is ready to come back with more live-streamed or filmed performances, she did previously perform a couple of times in 2020. She was the musical guest on Saturday Night Live’s second edition of at-home episodes in April. She also covered the Beatles’ “Help!” at Global Goal in June.

Watch Miley Cyrus’performances of “Midnight Sky” and “Slide Away” below.