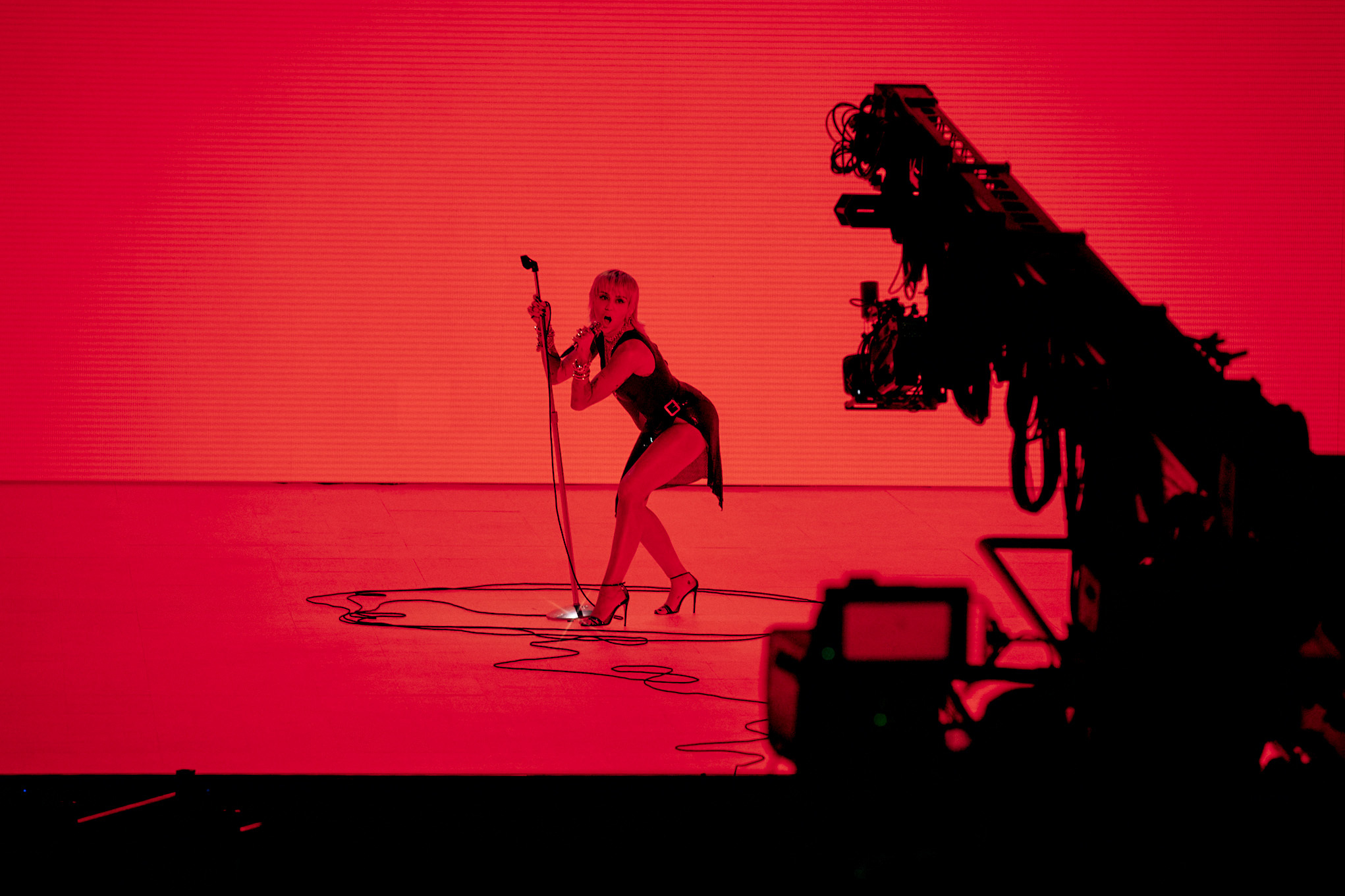 Miley Cyrus is one of the few artists who can allude to herself in performances.

During her Sunday debut performance of “Midnight Sky” at the VMAs, Cyrus splashed the stage with colored lights and brought out a wrecking ball — well… disco ball — and rode it as a flashback to her infamous past life and 2013 single “Wrecking Ball.”

But this performance was about today and her latest track, although Cyrus managed to take things back to the ’80s with her flashy visuals. Her dazzling cross necklace, and never-ending staircase that she sang on top of — seemingly straight out of Super Mario 64 — allowed her powerhouse rasp to still take center stage, although everything else was just as stunning.

Cyrus is only nominated for Song of the Summer tonight, but with the way this single is climbing the charts, we might be seeing a lot more of her next year.

See the full list of the night’s winners here.

Check out the performance below: