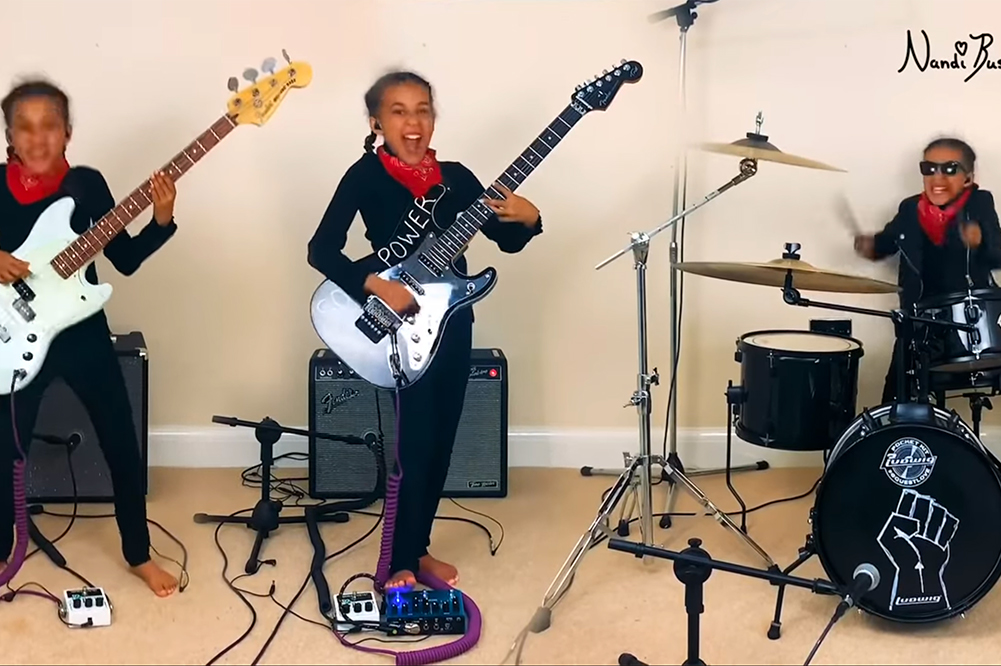 If you’re wondering what the future of rock music looks like, Nandi Bushell can show you.

She dropped a video covering Audioslave’s “Cochise.” While cover videos aren’t a new thing, the 10-year-old British-Zulu musician shows all her musical skills and played the bass, the drums and a special guitar that was gifted to her by Rage Against the Machine’s Tom Morello. Giving each note all her energy, Bushell looked like she played each instrument with so much ease.

Bushell recently went viral when she shared a cover Rage Against the Machine’s “Guerrilla Radio” in support of the Black Lives Matter movement and opened music fans to a cornucopia of masterfully done covers that range from The Roots to the White Stripes (with her dad).

She has played with Lenny Kravitz, asked by Dua Lipa to join her on tour and as previously mentioned got major props from Morello.