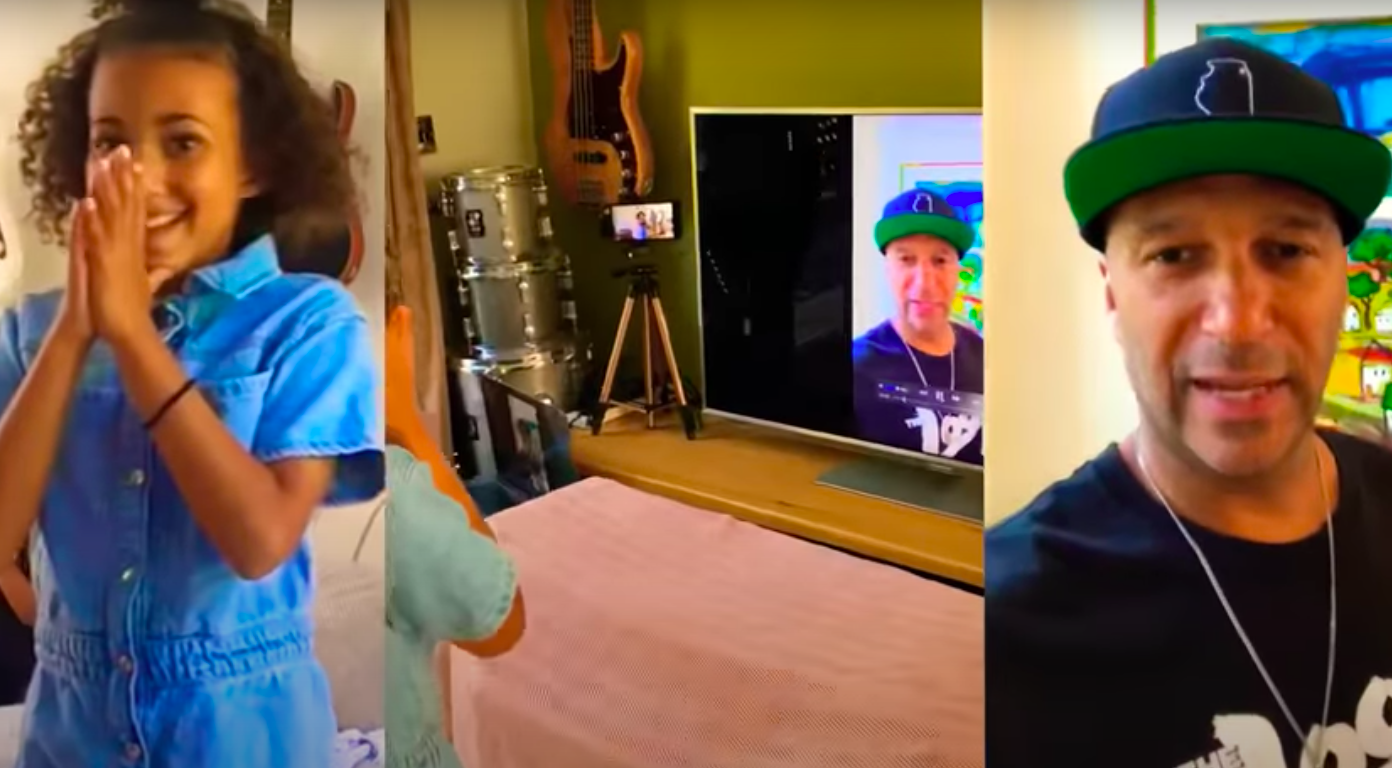 Morello took his appreciation of her musicianship a step further.

In a video shared on the budding British musician’s YouTube page, she shared that Morello gave her his new signature Fender Soul Power Stratocaster.

“Hey Nandi, I’d like you to have this guitar as a gift from me to you because you rock so great, and to see someone rocking so great who is so young, it really gives me hope for the future,” Morello said. “I didn’t start playing guitar until I was 17 years old, so you are way, super-far ahead of me, and I look forward to hearing a lot more of your music in the future. You’ve got a lot of soul, and here’s a little Soul Power to go with it. Keep it up!”

As you can see below, she was pretty excited.

This wasn’t the first time one of Bushell’s performance went viral. Her videos have had millions of views since her first post three years ago and she appeared on the Ellen Show in December.

As for Rage Against the Machine, they were supposed to reunite this year for a lengthy tour, which included headlining Coachella. However, due to the coronavirus pandemic, it got pushed to 2021.