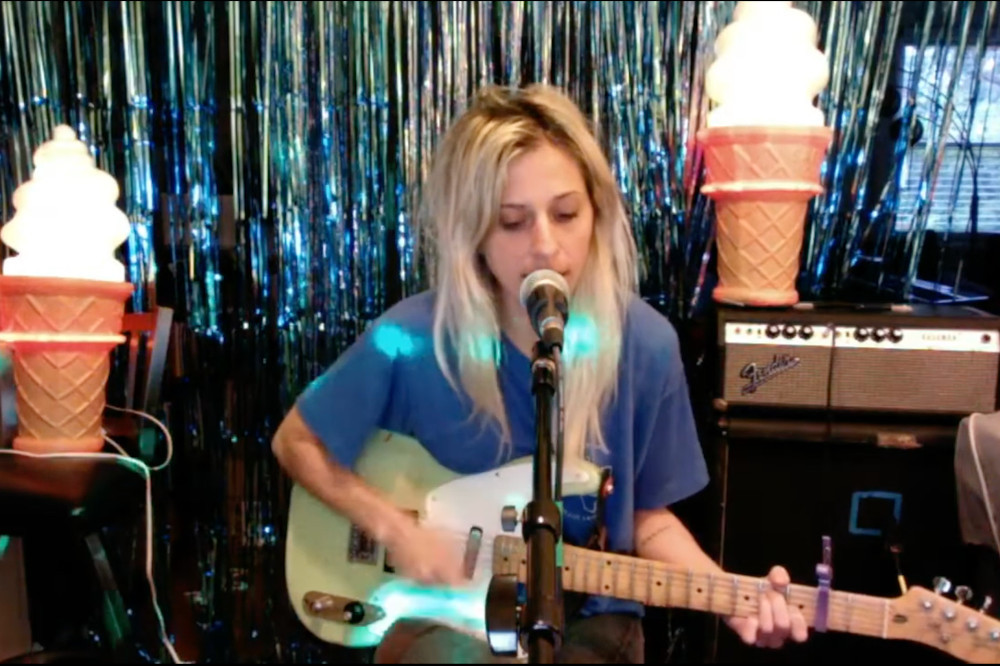 Bully’s Alicia Bognanno strips down a Mazzy Star classic with her solo cover of 1993’s “Fade Into You.” Watch below.

In the home-recorded video, she sings silky lines over an electric guitar strum, moving from a clean verse tones into a grungy chorus distortion. An added visual bonus: The room’s backdrop includes skittering, glowing lights and a pair of ice cream cone lamps, one positioned atop her amplifier.

In early May, Bognanno released a pair of covers, Nirvana’s “About a Girl” and Orville Peck’s “Turn to Hate,” as part of Bandcamp’s fee-waiving First Friday series, which is now set to run through year’s end.

The singer recently announced the next Bully album, SUGAREGG, out August 21. Lead single “Where to Start,” she told Rolling Stone, was inspired by Chumbawumba’s briefly ubiquitous 1997 hit, “Tubthumping.”

“I was listening to [it] and picking apart the melodic structure and sort of trying to mimic that,” she said. “I’m not even joking; it still makes me laugh to think about. But let’s be real, that is undeniably a solid song. ‘Where to Start’ addresses the frustration that comes along with love having the ability to fully control your mood and mental state for better or worse. It was therapeutic to funnel some lightheartedness into what can be an otherwise draining state of mind.”