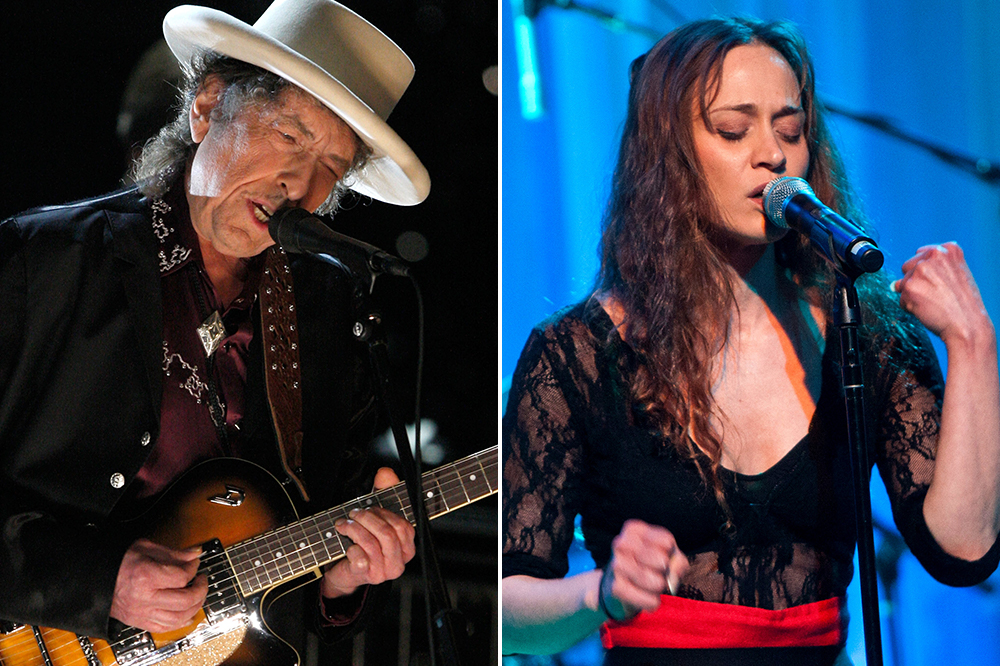 As Bob Dylan’s upcoming new album, Rough and Rowdy Ways, is set to release on Friday (June 19), more details have been released about it.

But it’s not another song or video. Instead, we find out that Fiona Apple and Blake Mills are some of the musicians who contributed their talents to the new record.

Duncan Hume, who runs a Bob Dylan fan Twitter account, shared the information earlier today (June 17). You can see it below.

My money has always been that it's Alan Pasqua playing piano on Murder Most Foul but the inclusion of Benmont on the list of additional musicians is interesting. pic.twitter.com/2NO5rfiF0w

Both Apple, Mills and Heartbreakers keyboardist Benmont Tench are listed as “additional musicians,” but no one’s too sure what their contributions will be. However, in a few days, we’ll finally find out.

Rough and Rowdy Ways is Dylan’s first LP with new original material since his 2012 album, Tempest. He has previously released “Murder Most Foul” and “I Contain Multitudes,” which was featured in our Best 50 Songs of 2020 (So Far).

Last week, a rare interview with Dylan appeared in the New York Times that delved in to his new music but also talked about the coronavirus pandemic as well as George Floyd’s murder. He also paid tribute to Little Richard following his passing and opened up about his influence on Dylan’s music.