Little Richard passed away Saturday at the age of 87. The rock ‘n’ roll pioneer’s son Danny Jones Penniman confirmed the news to Rolling Stone, adding that the cause of death was cancer.

Little Richard (born Richard Wayne Penniman) released a number of hits in the mid-to-late-50s including classics “Tutti Frutti,” “Good Golly Miss Molly,” and “Long Tall Sally.” The pianist’s flamboyant stage presence changed the art of musical performance, and bands like The Beatles, Elvis Presley, and Creedence Clearwater Revival have cited him as an influence. Penniman was inducted to the Rock and Roll Hall of Fame in 1986 — its inaugural year. Other rock ‘n’ roll icons, including Brian Wilson and Jimmy Page, paid tribute to Little Richard on Twitter.

“I’m very sorry to hear about Little Richard. He was there at the beginning and showed us all how to rock and roll. He was a such a great talent and will be missed. Little Richard’s music will last forever,” Wilson wrote.

“RIP Little Richard, a very sad loss. My thoughts are with his loved ones,” Page tweeted. “It’s Little Richard’s songs that pioneered rock’n’roll. I got to hear him and his band at the Newport Lounge in Miami and boy were they good.” 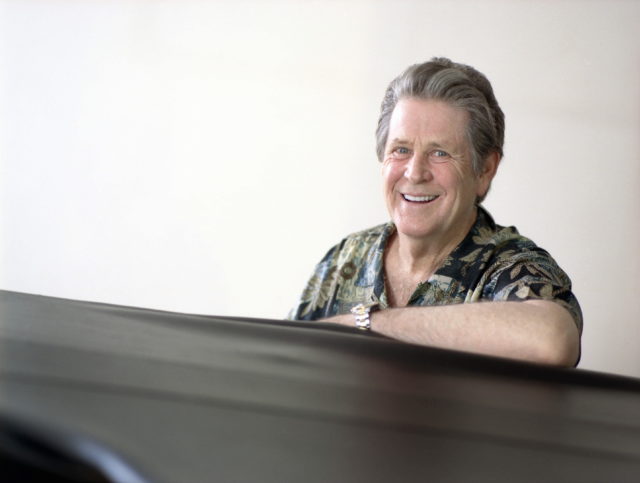 I just heard the news about Little Richard and I’m so grieved. He was my shining star and guiding light back when I was only a little boy. His was the original spirit that moved me to do everything I would do.

I was once asked, “If u could meet one person, who would it be?” I always said Little Richard. Because, to me, he was rock & roll’s most joyous, rebellious innovator.
Thank u for planting that seed, Richard. The world is a much happier place thanks to ur music.#RIPLittleRichard pic.twitter.com/kiq2VOZs8O

RIP Little Richard, a very sad loss. My thoughts are with his loved ones.⁣
⁣
It’s Little Richard’s songs that pioneered rock’n’roll. I got to hear him and his band at the Newport Lounge in Miami and boy were they good. ⁣ pic.twitter.com/JXgahhJAfk

Sadly, Little Richard passed away today. A founding Father of Rock And Roll, his contributions simply can’t be overstated. I had the honor of meeting Richard in his later years and was awed by his presence. He told me, “I am the architect of Rock And Roll.” Amen! ..Rest In Peace. https://t.co/ceQuNU6pkF

So sad to hear the news about Little Richard. He was a real pioneer & one of the greatest voices in Rock n Roll. I remember when they asked me if I was ok w/ Richard singing Shakedown on the Academy Awards since I wasn't available – are u kidding? I was thrilled & he killed it! pic.twitter.com/nfyFnnacsC

Dust To Digital is such a incredible site and curated dedication. Since we are in the era of social distancing please RT this as the ultimate tribute to The Quasar Of Rick and Roll!!! RT RT lets get a million RT on the Incredible Little Richard. My FTP lyric was a 1989 nod to him https://t.co/0ZL7V0z7kc

A couple weeks ago I randomly decided to read up on the legendary Little Richard on wiki. I learned then about how he developed The Beatles and saved The Rolling Stones pic.twitter.com/lUEvYG1Mew

RIP Little Richard. The man who invented Rock and Roll. Elvis popularized it. Chuck Berry was the storyteller. Richard was the archetype. Maureen and I were so honored being the first marriage he conducted. We were lucky to know him. He lives forever in the Underground Garage. https://t.co/D8NwRKcshi

The Originator. The innovator. The musician, performer who influenced generations of artists….has left. You were AWESOME #LittleRichard!!! Your talent will reverberate forever. Well done sir. Rest well❤ pic.twitter.com/PsFH4SOUZy

From what my dad told me about his love of this legend growing up, it’s very likely he would not have taken the path he did without the huge influence of Little Richard.
One of the highest of the high.
Enjoy whatever’s next, Superstar. pic.twitter.com/BbeYa2fs1Z

I think this is from the Monday Night Football band I assembled for Hank Jr. There’s a picture of all of us I’m looking for. Does YouTube have that video? We’re still looking for the wedding pictures also. pic.twitter.com/yprvFRI9cP

Little Richard had quite a few great Muscle Shoals musicians in his band for a long time. Those guys were my heroes, and I felt so proud when I saw Richard in concert with my friends backing him up. The father and true king of rock and roll, if you ask me.