"Perhaps it was his resilience that makes accepting John’s passing more difficult..." 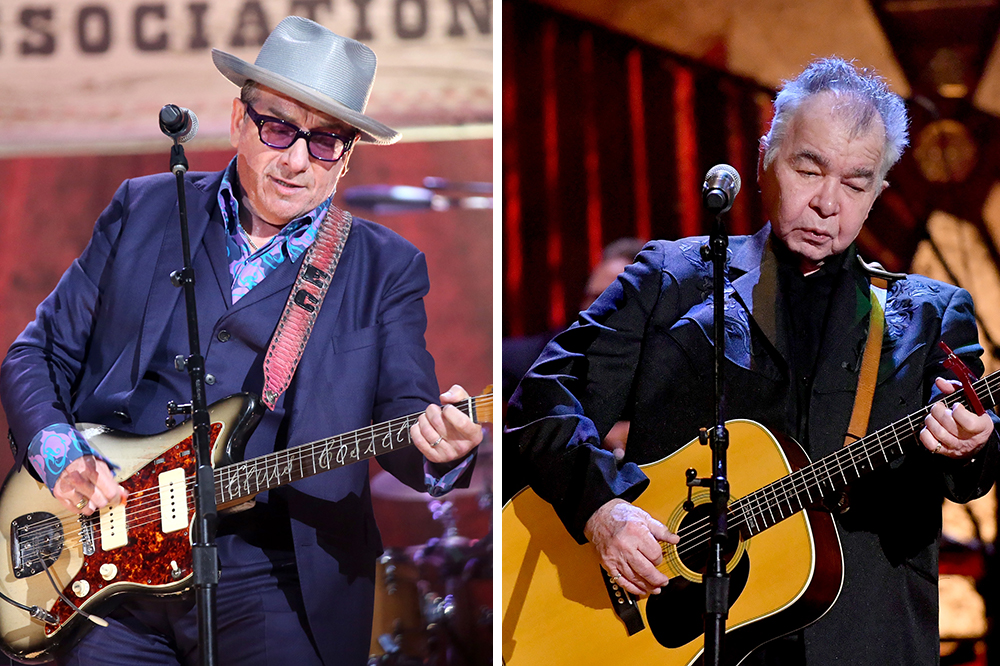 Since John Prine’s passing after battling COVID-19, many heartfelt tributes expressed grief and recounted memories have been flooding in. And now it’s Elvis Costello’s turn.

In a lengthy Facebook post, Costello reminisces about his introduction to Prine, how the late songwriter solidified his friendship with playwright Alan Bleasdale, and dove into Prine’s approach towards songwriting.

He also opened up about not trying to let Prine influence his own songwriting. “I had to put aside the quiet songs that I had written in imitation of John Prine in order to raise and find my own voice,” he wrote. “His gift was to be able to still an audience to the scale of his song…”

Following more memories about Prine, Costello ends the piece with gratitude and a final memory with Prine and his wife, Fiona Whelan Prine.

He wrote, “It was a delightful supper of laughter and stories with songs cited and memories marked, closing only as the glass of a slowly smoldering vintage jukebox filled with smoke and John had to disconnect it and crack open a window, breaking the spell into a gentle goodnight… If that sounds like something John might have made up, then I guess I may have finally learned my lesson.”