Months after Chester Bennington quit Stone Temple Pilots and months before his death, the band began searching for their next singer—a process that would involve weeks of wading through tens of thousands of submissions from around the globe, and, toward the end, in-person auditions with the best of the bunch. For much of that time, Jeff Gutt—the guy who’d end up landing the gig—was touring Egypt and parts of the Middle East with his band, Rival City.

“I heard about the singer search on the radio, but was out of the country, so figured, ‘They will find someone who is going to be perfect,’” Gutt tells SPIN. “When I got back and heard they still hadn’t found anyone, I decided to throw my hat into the ring.”

Gutt was one of the last singers the band—guitarist Dean DeLeo, bassist Robert DeLeo, and drummer Eric Kretz, who founded STP in 1989 with Scott Weiland—would see before making their final decision. Gutt would learn he landed the coveted post as the band’s third frontman but couldn’t tell anyone. For several months in 2017, Gutt—who spent a number of years with Los Angeles rockers Dry Cell—had to keep his amazing news to himself.

“It was a cool time for me,” Gutt admits. “I would go into a bar or something and hear a Stone Temple Pilots song come on the jukebox or whatever, and I’d just smile to myself. It was like I had this secret power or something. That was fun.”

Of course, Gutt knew going in he had huge shoes to fill, but tells SPIN he was more than up to the challenge. 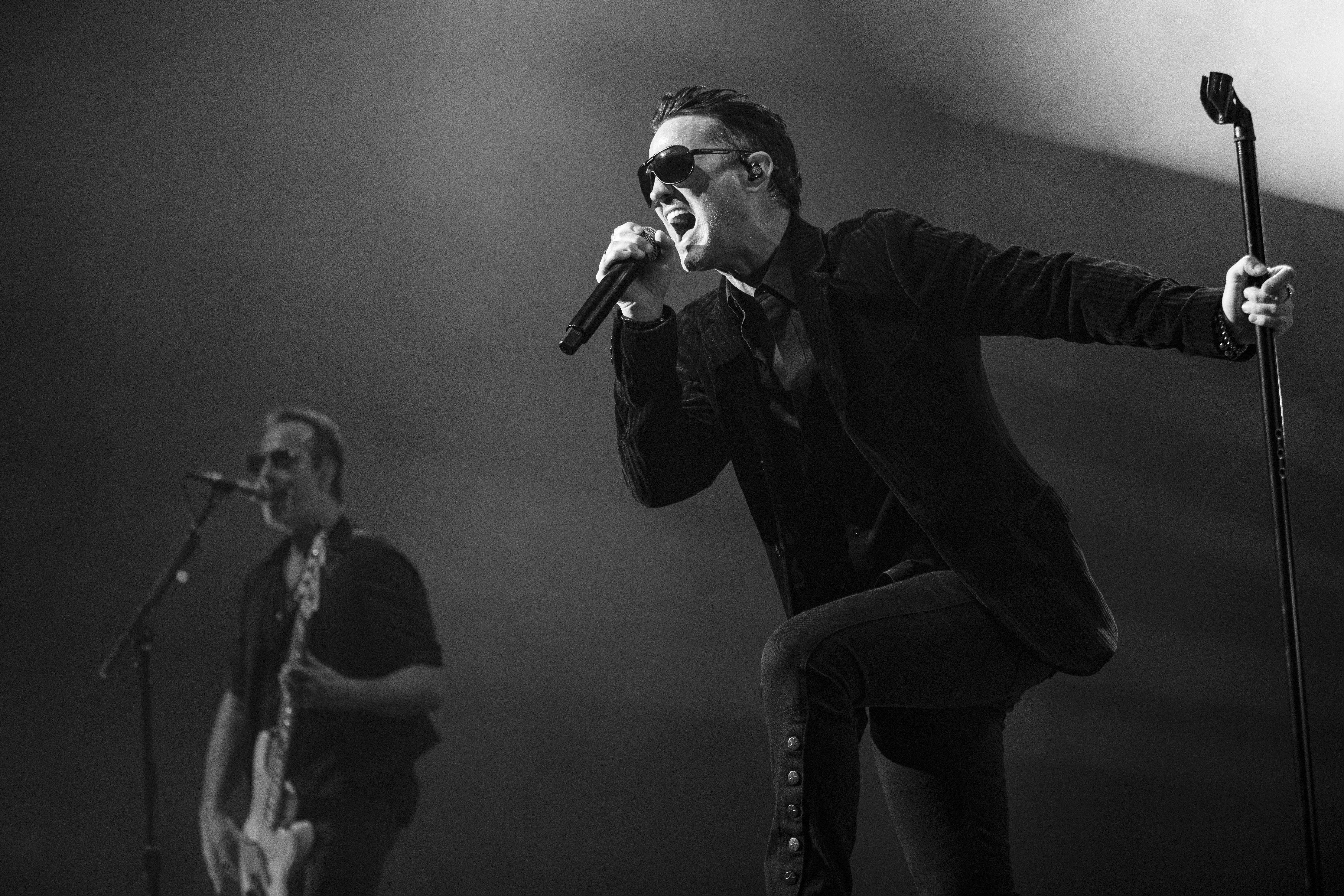 “They are all really great dudes—just really good guys—and we bonded right away,” says Gutt, who’s already recorded his second LP with the band, the forthcoming Perdida, STP’s first acoustic album ever. “It could have gone many different ways … you never know. I lucked out because they are all such great dudes with immense talent, and their musical vocabulary far exceeds mine.”

Gutt says Perdida was partially written on the road in late 2018, when Stone Temple Pilots were crossing snowy Canada, playing shows in support of the self-titled album they released earlier that year.

“We went into the studio with these three songs, with a month off, and we just started doing it,” Gutt tells SPIN of the recording sessions for Perdida at Kretz’s Bomb Shelter Studios for Perdida. “And songs, they just kept coming. Someone would come in with an idea for a song. Sometimes, they would have lyrics; sometimes, they would have some lyrics written, and other times, there’d be no lyrics. Every song had its own journey.” 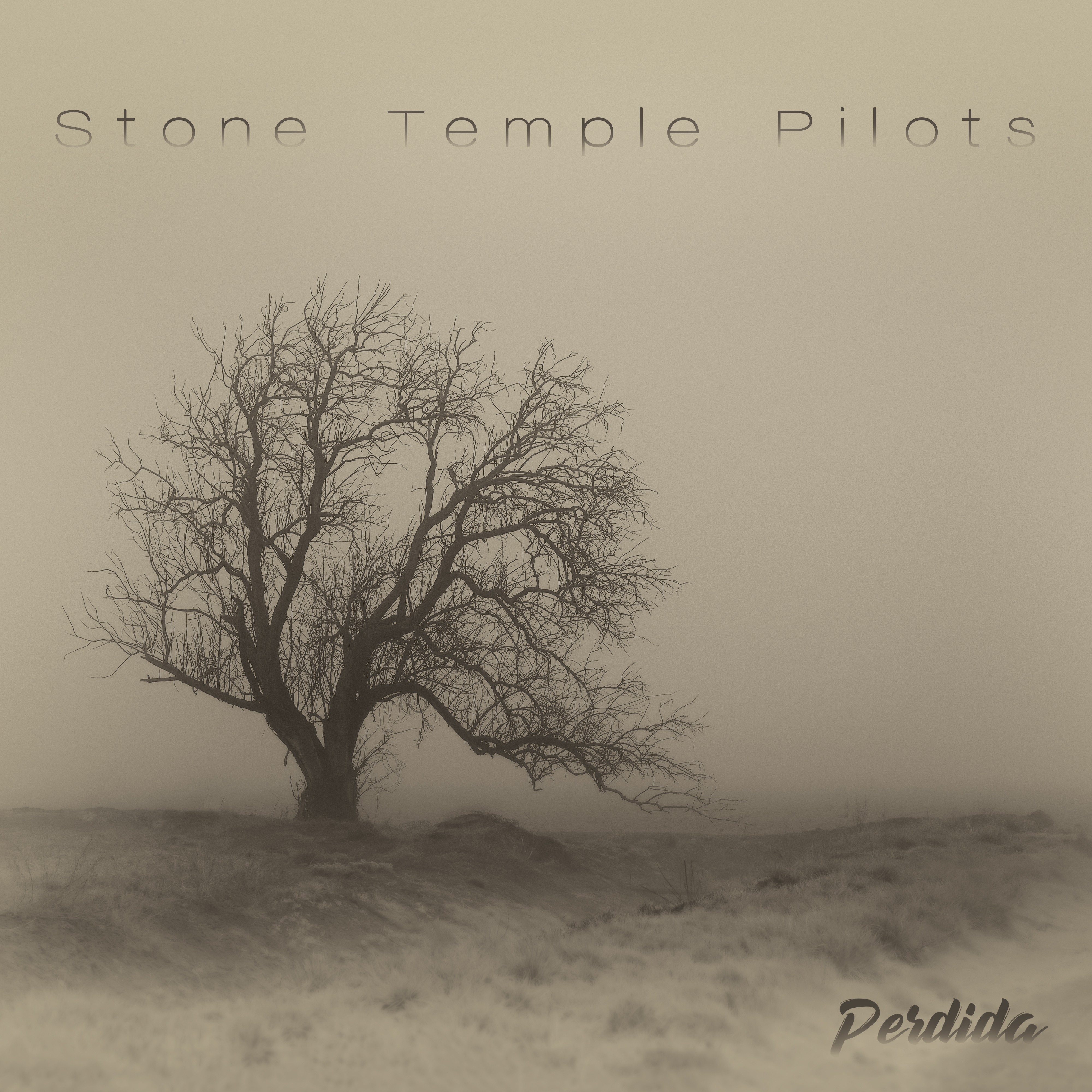 Perdida is eloquently layered—a record boasting 10 beautiful tracks, replete with instrumentation never before utilized by the band. The title—Spanish for “loss”—is a fitting one, as the majority of the album’s lyrics revolve around heartbreak and resolution, and of letting go and starting over.

According to Gutt, the writing process was cathartic for everyone in the band.

“I think we’ve all experienced that pain of heartbreak recently, and we got it all out at the same time with this record,” Gutt explains. One song, “Years,” seems to deal with Robert’s recent separation (it is the first STP song to feature him on lead vocals), while another, “Miles Away,” addresses love lost in general.

“There’s pain in these songs,” Gutt says. “It’s a very vulnerable album and we’re putting it out there and not worrying about how it’ll be judged—just putting that kind of sentiment out there, and it is painful.”

Looking back on the recording sessions, the singer says the therapeutic process was practically effortless, with the 10 songs coming together seamlessly in the studio.

“For me, everything happened so organically,” Gutt explains. “For a moment in time there, everything lined up, and I got to get some things off my chest, as well as everyone else involved. Everyone kind of had a feeling early on of what this record should be, which was satisfying.”

Perdida is set for release on February 7 through Rhino.