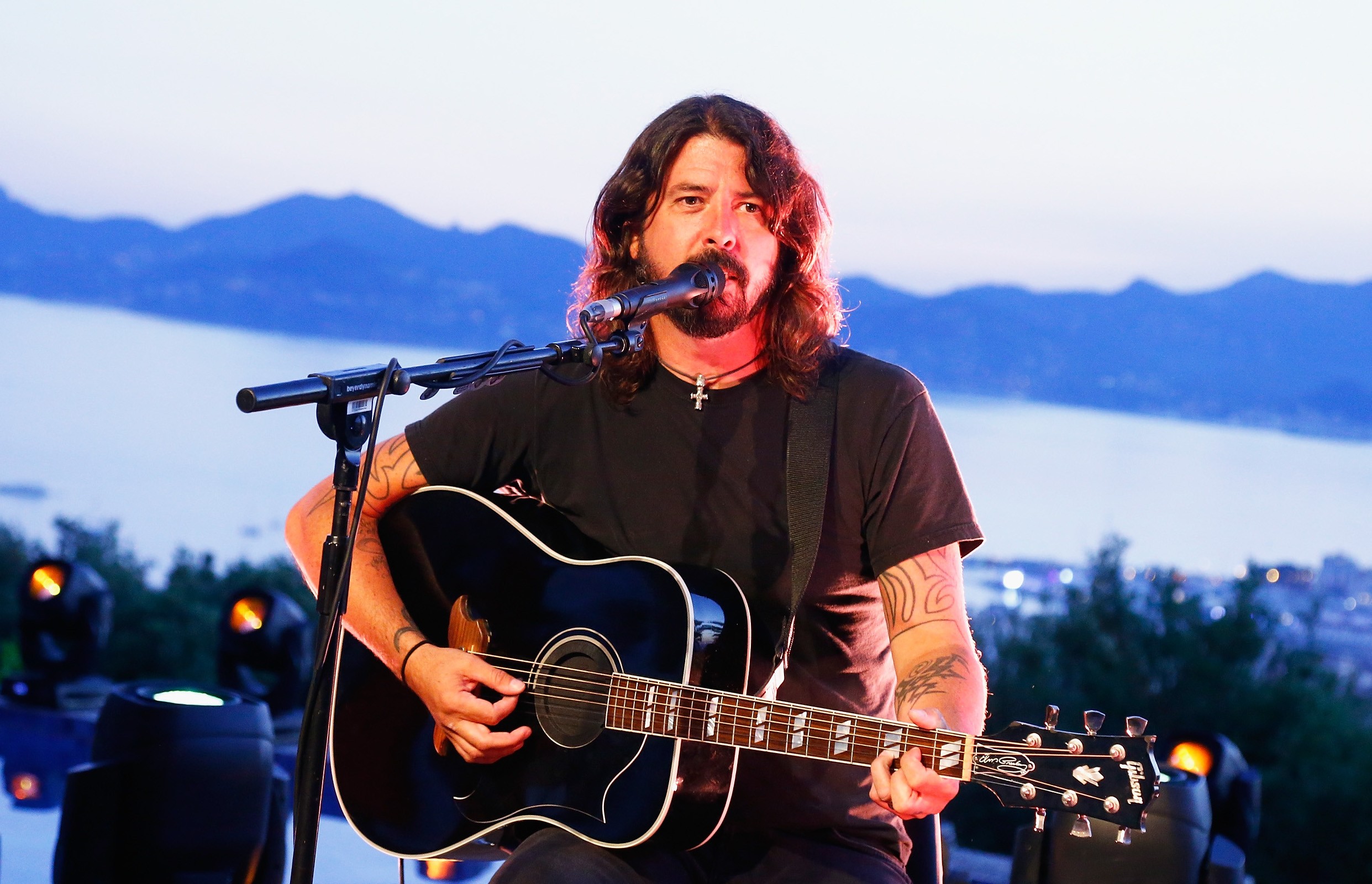 Some days it feels like Dave Grohl is everywhere. The recent Sesame Street guest star has continued to play shows with his band Foo Fighters for the last few months, all while recording new music for the “f*cking weird” followup to the band’s 2017 album Concrete and Gold. When he’s not bringing kids on-stage to perform with the band, the former Nirvana drummer occasionally sits down for interviews, including one recent podcast appearance where he alleged that his music is totally uncool dad rock, as The AV Club points out.

On the latest episode of Whitney Cummings’ “Good For You Podcast,” Grohl responded to recent conversations he’s had about the “dad rock” status of Foo Fighters, claiming that he’s embraced the term to describe his own music. “You know the whole dad rock thing? We’re totally dad rock,” he said. “Look, I’m 50 years old, I have fucking grey hair…But the funny thing is, I have never considered our band cool and I like that.”

Grohl goes on to describe the recording of the band’s 1999 album There Is Nothing Left to Lose, claiming that while other bands were combining rap and metal in novel ways, he was trying to make an A.M. Gold record. “We’ve just never been hip or cool,” he said. “And I think that the reason why we’re still here is because we do kind of disconnect ourselves from the popular stuff that’s going on, but also because what the f*ck do we care. Like honestly, I just wanna play music. Having watched a lot of my friends not survive, I just want to be alive and play music and I really don’t give a f*ck if we’re cool or not.”

But are Foo Fighters really quote-unquote “dad rock”? Does being a dad and playing in a successful band necessarily put you in the same category as, say, Steely Dan, the Grateful Dead, or Fleetwood Mac? Or is there more there another layer of complexity to the genre that others are getting at with the term? Whatever you associate with your parents’ dusty record shelves, Grohl is definitely exemplar of a certain trajectory for growing old and going grey in the music industry, even as he continues to sell more vinyl records than ever before. Such is the mystery of “dad rock” and of Dave Grohl’s continued inescapability in the music press, where he’s continued to show his face alongside Ringo Starr and Weezer frontman Rivers Cuomo.

Watch Grohl’s full “Good For You” interview below, with his “dad rock” comments starting around the 1:06:00 mark.