Coldplay Dance Along With the Audience in Theatric SNL Performance 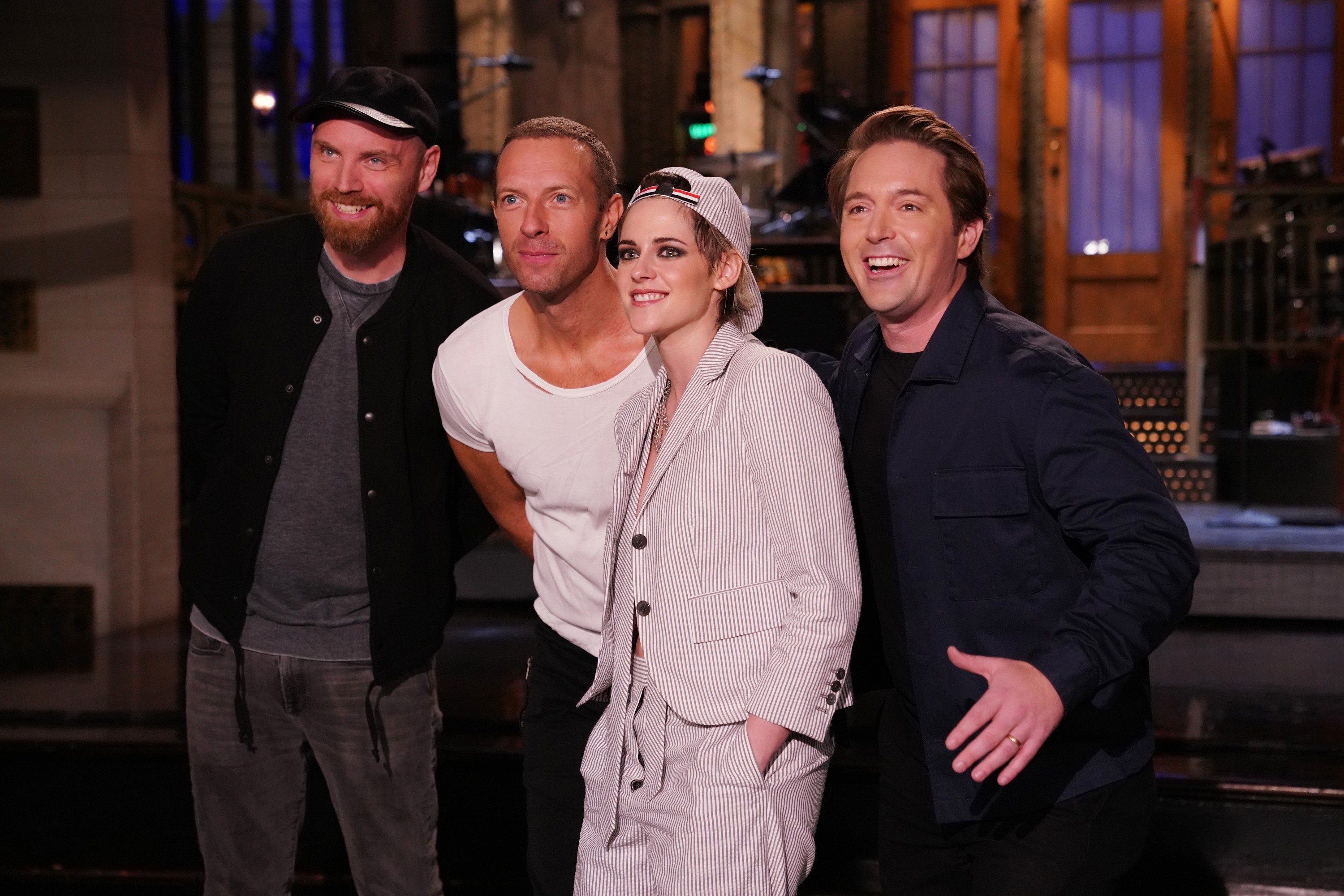 Coldplay were the musical guests on the November 2 episode of Saturday Night Live, where they performed a pair of songs from their upcoming double album, Everyday Life. As is SNL custom, the storied four-piece band performed two songs: “Orphans” and their new album’s title track, which was also made available on streaming platforms Saturday night.

For their first song, the band started things off backstage, with frontman Chris Martin strumming and singing softly before walking out into an audience packed with dancers ready to join him for the performance. Also included in the audience were guitarist Jonny Buckland and bassist Guy Berryman, who strummed along on their instruments, nodding along with Martin’s dancing before joining their bandmates onstage. Soon enough, the dancers also made their way to the stage as Coldplay shouted out to the audience with the epic, arena-shaking single.

The band toned things down a bit with “Everyday Life.” Chris Martin opened the song at the piano, with Jonny Buckland slowly teasing in the kind of clean, reverb-drenched guitar tone he’s been making for at least 20 years now. Eventually the rest of the band joined in as warm, ambient tones blanketed the mix from Buckland’s guitar pedals.

Coldplay’s new album Everyday Life is out November 22 via Parlophone/Atlantic. On Friday (November 1), the band held a goofy faux press conference to announce a two-part concert they’re hosting in Amman, Jordan to coincide with the album release. The 16-track double album will include both songs performed on SNL, as well as another recent single called “Arabesque.”

Watch their recent SNL performance below.