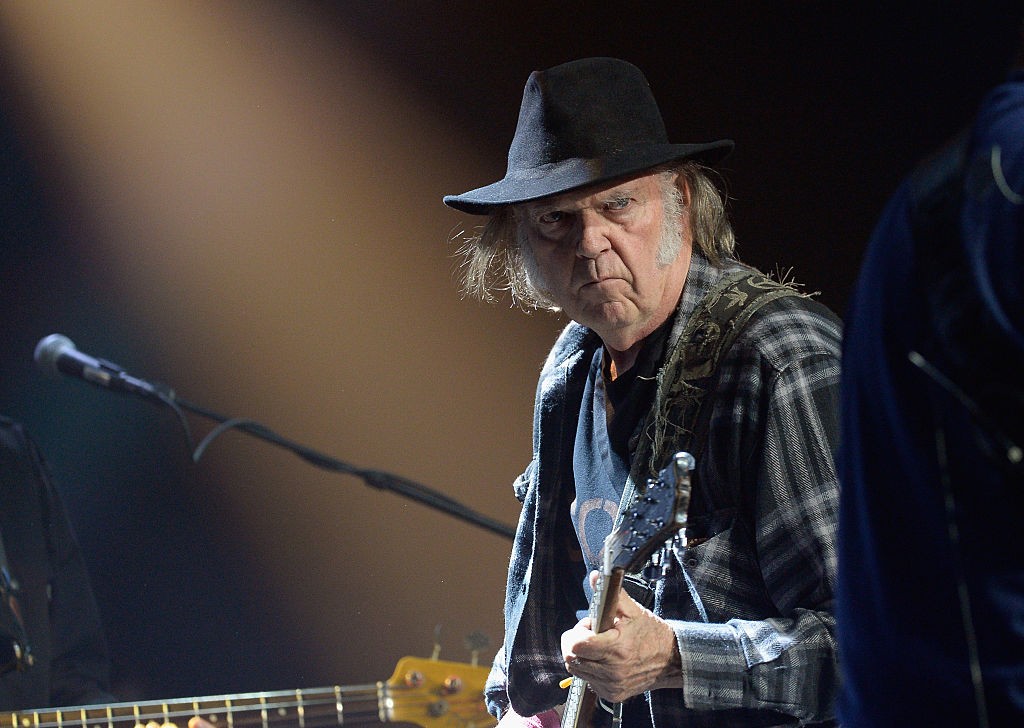 Neil Young and Crazy Horse have released another single from their upcoming album Colorado: a rough-hewn rock waltz called “Rainbow of Colors.” The song has plenty of the traditional, entropic energy that characterizes any great Crazy Horse, with the band sounding liable to fall apart at any time, and the chorus of gospel-reminiscent backing vocals provide a welcome touch. “Rainbow of Colors” follows “Milky Way,” the first pre-release track from the album, which came out last month.

Colorado is Young’s first album with Crazy Horse since 2012’s Psychedelic Pill. This lineup of the group features one of Young’s collaborators from many years past, Nils Lofgren, on lead guitar, as well as bassist Billy Talbot and drummer Ralph Molina. The album is being released along with a documentary about its making, Mountaintop Sessions, which was directed by C.K. Vollick. That is just one of an reported 15 film projects Neil Young and his Neil Young Archives team have been working on this year.

Young’s last release was June’s live album Tuscaloosa, capturing a 1973 live performance taken from the same tour as his classic Time Fades Away album. His last studio LP was 2017’s The Visitor, made in collaboration with his other favored backing band Promise of the Real. Listen to “Rainbow of Colors” below.