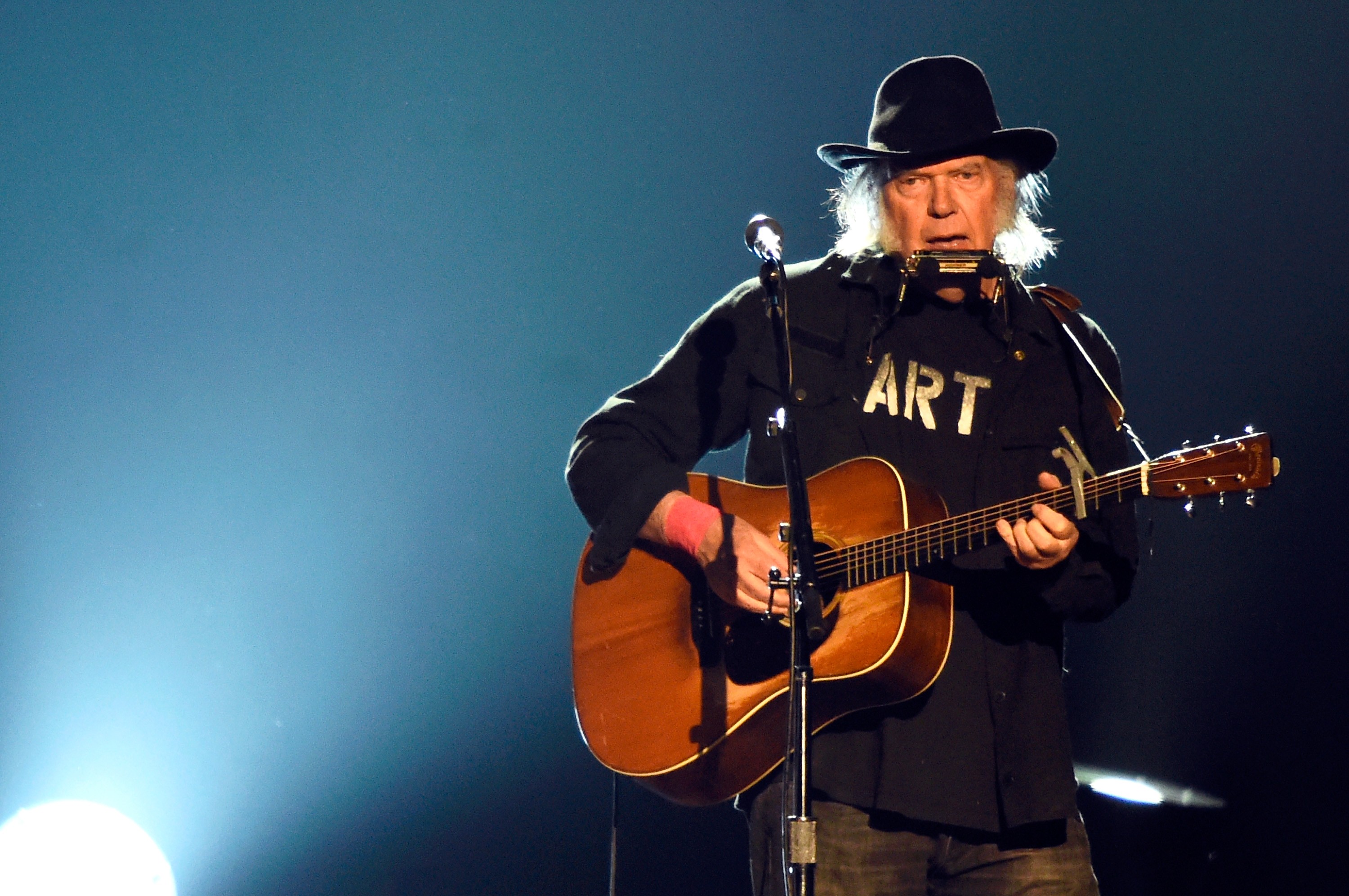 Neil Young released his most recent album, The Visitor, back in 2017. His last LP with his Crazy Horse band, Psychedelic Pill, came out in 2012. This October, he will release a new Crazy Horse album, COLORADO. And according to the Neil Young Archives website, the first single is out next month.

The song is called “Rainbow Of Colors” and it’s one of ten new songs “ranging from around 3 minutes to over 13 minutes.” COLORADO will arrive alongside a documentary about the making of the album called Mountaintop Sessions, directed by C.K. Vollick. Read Neil’s full announcement below.

We are excited here at NYA!
The first track from COLORADO, our next Crazy Horse album, is coming out this month. Billy, Ralphie, Nils and I are all very happy to bring this song ‘Rainbow of Colors’ to you in all its ragged glory, as my original producer and life-long friend, the late David Briggs once said. 113 new songs ranging from around 3 minutes to over 13 minutes, will be coming your way. We hope you love this new album as much as we do.
I have been continuing our work on `Mountaintop Sessions’, the documentary film about the making of COLORADO. It is a wild one folks, no holds barred. You will see the whole process just as it went down! Worts and all! I don’t think a film about this subject with the openness and intensity we have captured has ever been seen. You can be the judge of that, because Shakey Pictures’ `Mountaintop Sessions’ masterfully shot by cinematographer C.K. Vollick, will be released in over mo theaters world-wide the week our album COLORADO debuts, in October.
Made for you in double Vinyl, (three sides plus a 7″ exclusive two-sided single not on the album) will be released, along with CD and streaming versions of COLORADO.
This week on Wednesday, ‘Tonight’s the Night’ will be the album of the week. Watch for a never before seen video, featuring the camera of David Briggs! It will be released in the NYA Times-Contrarian for your viewing, along with an ‘Album of the Week’ story I have written for you. With the 12-minute ‘Tonight’s the Night’ video and that story, you should have a more clear look at ‘Tonight’s the Night’ than you have ever had in the history of this recording! I know it was a long time ago, almost 5o years, but Im still here and it is still so fresh in my mind. That’s what this Archive is about, bringing it home to you. I love the music, the way we played it and what it was about, as well as all the great people who were part of making it. Maybe you are one of them. I hope you love it like I do, along with the good people at Reprise! ny