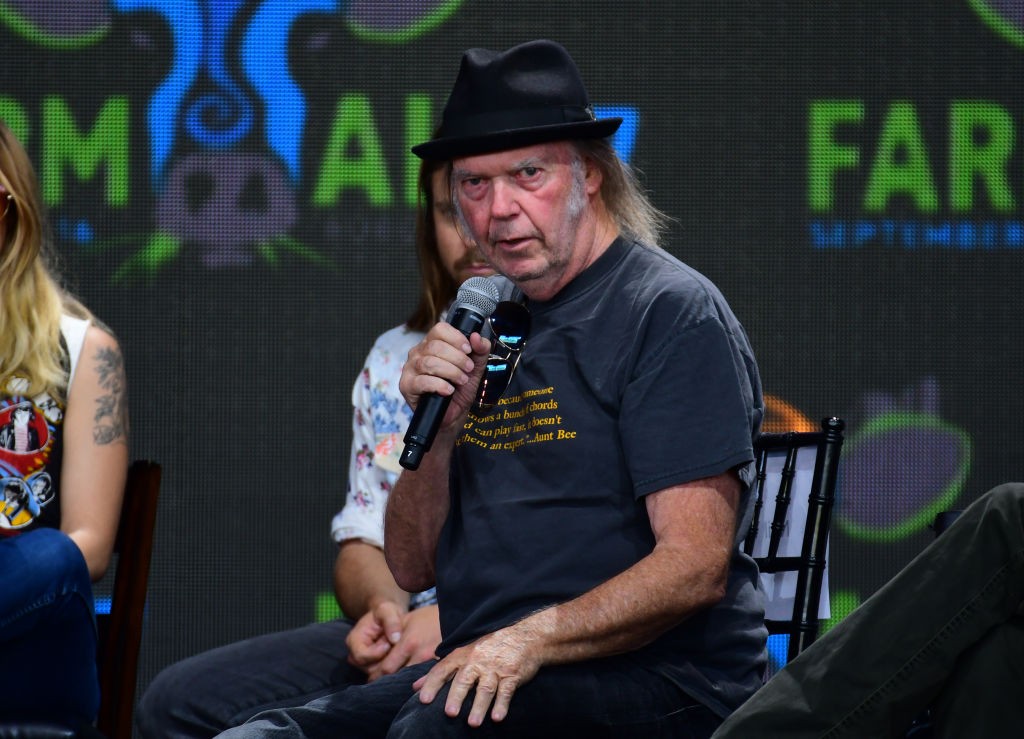 Neil Young has postponed prospective plans to tour with a reformed Crazy Horse this year in order to work on finishing a series of film projects—15 of them, to be exact. One of these films is a documentary capturing the recording process behind Colorado, the new album the band is set to release later this year, and Crazy Horse’s first since 2012’s Psychedelic Pill. (Young claimed in May that the album would be called Pink Moon.) In an aptly titled blog post on his Neil Young Archives website, “Archives Film Projects Take Precedent,” Young wrote: “We will be in the editing suites for the duration of 2019…Thanks for coming to our shows! We plan to be back in 2020!”

What are the other 14 projects, you might ask? The list is a true smattering of documentary material that dates back through the majority of Young’s career. The earliest entries seem to be a documentary chronicling the making of 1971’s Harvest called Stray Gators Harvest Sessions and a film of a live solo acoustic show from the same year. There are also five concert films with Crazy Horse, with the oldest capturing a Toyko date from 1976 and the newest a Psychedelic Pill tour date in 2012. The strangest entry is an animated film featuring music from Young’s 1982 experimental electronica album Trans, which was created by Promise of the Real member (and son of Willie Nelson) Micah Nelson.

The movies will be made available to watch on Young’s Archives website. Check out the full list of promised films below, courtesy of Rolling Stone, and bid a fond farewell to your hopes of seeing Nils Lofgren and Neil play alongside each other this fall.