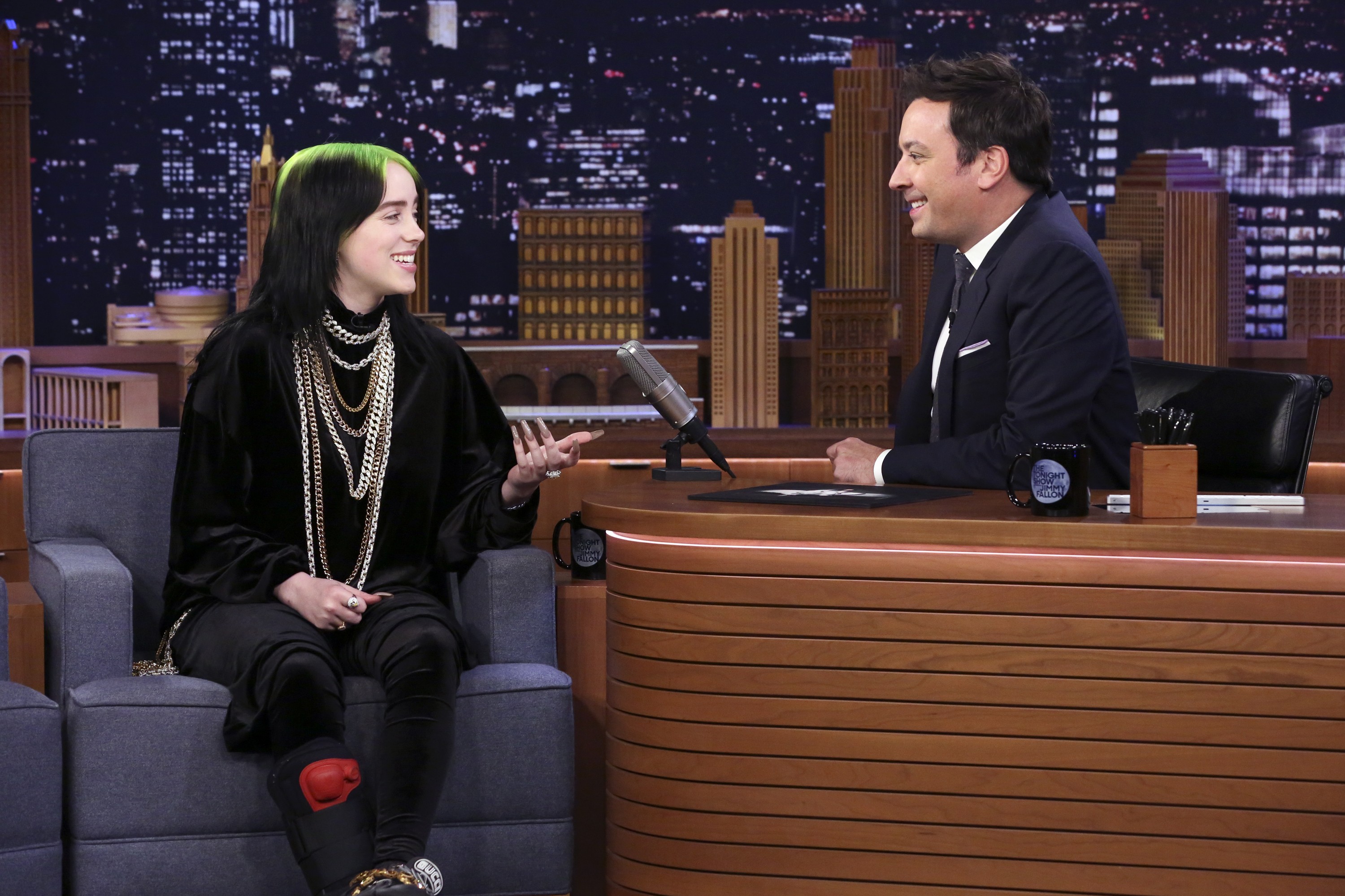 Nearly seven months since the release of her debut album, Billie Eilish is still making rounds on late night TV. In the buildup to her Saturday Night Live performance later tonight, the “Bad Guy” protégé stopped by The Tonight Show, where she played a game of “True Confessions” with host Jimmy Fallon and TV writer Colin Quinn.

For the segment, Eilish told a story about a time when she allegedly farted in a friends mouth while she was yawning, and the TV veterans had to determine if the story was true or false. After grilling her about the details of the story, the vocalist reveals that it is in fact true, likely making her the only mouth-fart participant to ever top the Billboard Hot 100.

Elsewhere in the episode, Eilish sat down with Fallon to talk about the musical influences behind her debut album, When We All Fall Asleep, Where Do We Go?, which range from Frank Sinatra to Tyler, the Creator. “With the album, the one thing I was trying to do was, there were 14 songs on the album, and one of the goals I had was I wanted to make an album that I could put 14 people into a room that each had fully different tastes,” she said. “And if I played them my album, each person would like at least one song.”

Eilish also said that she’s trying to keep her current tour as eco-friendly as she can, encouraging fans to do their part to keep the planet clean. “We’re trying to be as green as possible on the entire tour,” she said. “So there’s no plastic straws allowed, the fans are gonna bring their own water bottles, there’s gonna be recycling cans everywhere. ‘Cause if something’s recyclable, it doesn’t matter unless there’s a recycling bin.”

Watch the two Fallon clips below.