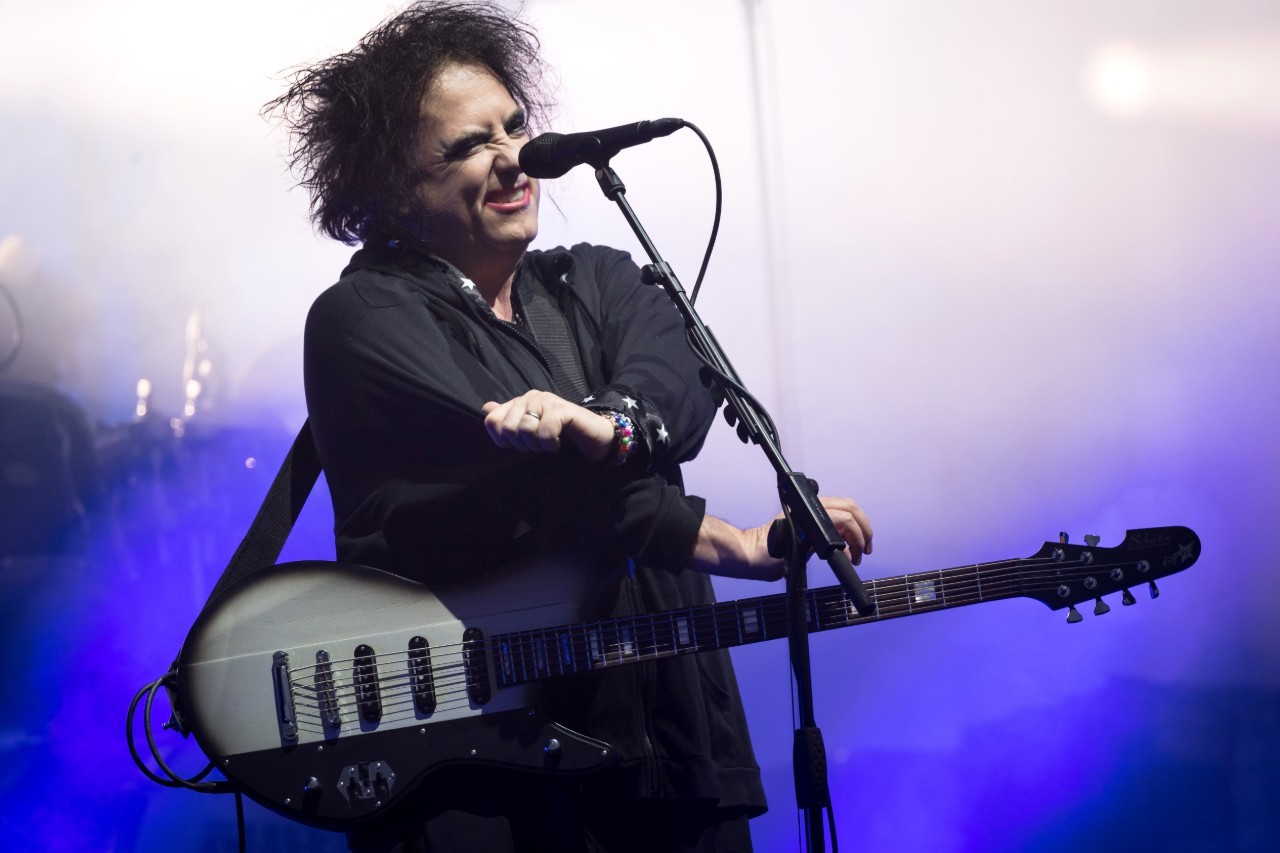 The Cure are continuing their post-Rock n’ Roll Hall of Fame induction victory lap with the announcement of a double concert film box set scheduled to drop this fall. The set, titled 40 LIVE – CURÆTION-25 + ANNIVERSARY contains two concerts recorded in 2018 while the band was celebrating its 40th anniversary.

The first film, titled CURÆTION-25: From There To Here | From Here To There, depicts the British gloom-rockers on the final night of the 25th Meltdown Festival, which was curated by Cure frontman Robert Smith. The performance was designed to showcase the evolution of the band’s sound over the course of their career and features one song from each of their 13 studio albums in chronological order. At the midway point, the band mixes it up by performing some new songs before working in reverse chronological order and ending on their 1979 single “Boys Don’t Cry.” The Cure certainly know how to keep their live shows interesting.

The second film is ANNIVERSARY: 1978-2018 Live In Hyde Park London, which depicts the band’s two-hour set at their special 40th birthday concert in July last year. The film, which was directed by longtime Cure collaborator Timothy Pope, screened in theaters last month.

The box set drops on October 18 and can be pre-ordered here. Both films will also be available separately as well. Check out the trailer below: