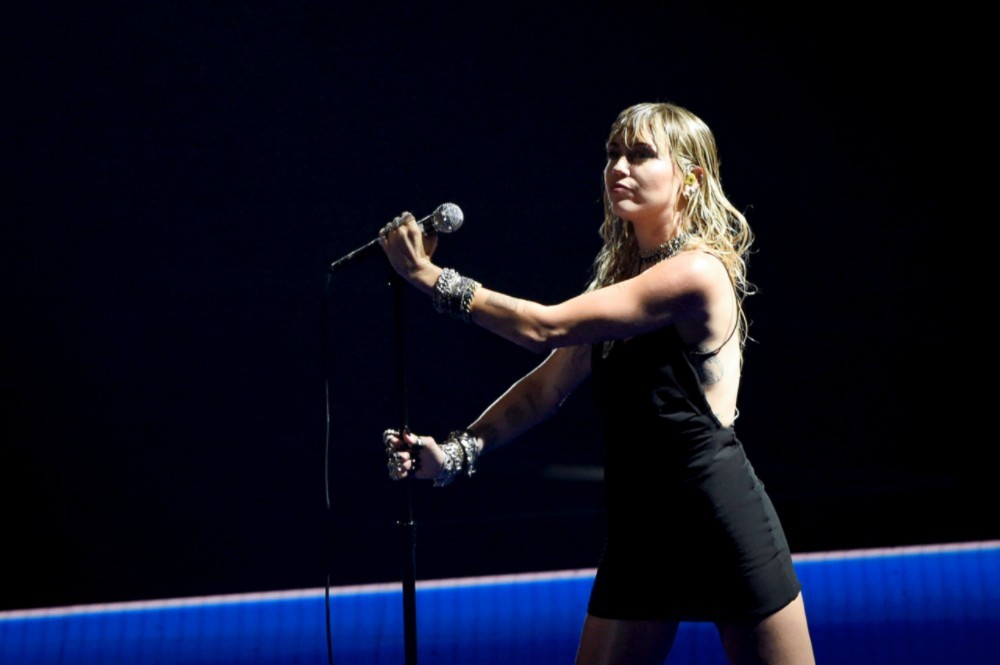 During last night’s MTV VMAs performance, eagle-eyed fans spotted a new tattoo on Miley Cyrus’s bicep while she was performing her breakup anthem “Slide Away.”  As People notes, the tattoo consists of lyrics from the Pixies b-side “The Thing.”

Cyrus dug deep into the Pixies’ catalog for this tattoo given how “The Thing” was initially a b-side on the 1990 “Velouria” single before it popped up again on the 2001 Complete B-Sides compilation. Miley contains multitudes. It seems likely that the tattoo is an allusion to Cyrus’s recent divorce from actor Liam Hemsworth. SPIN reached out to Cyrus’s reps to find out how and when her apparent love affair with the Massachusetts college rock band began, but they did not immediately respond for comment.

Cyrus was a last-minute addition to Monday night’s awards show as her performance was announced mere hours before the broadcast. Cyrus wasn’t up for any major awards.