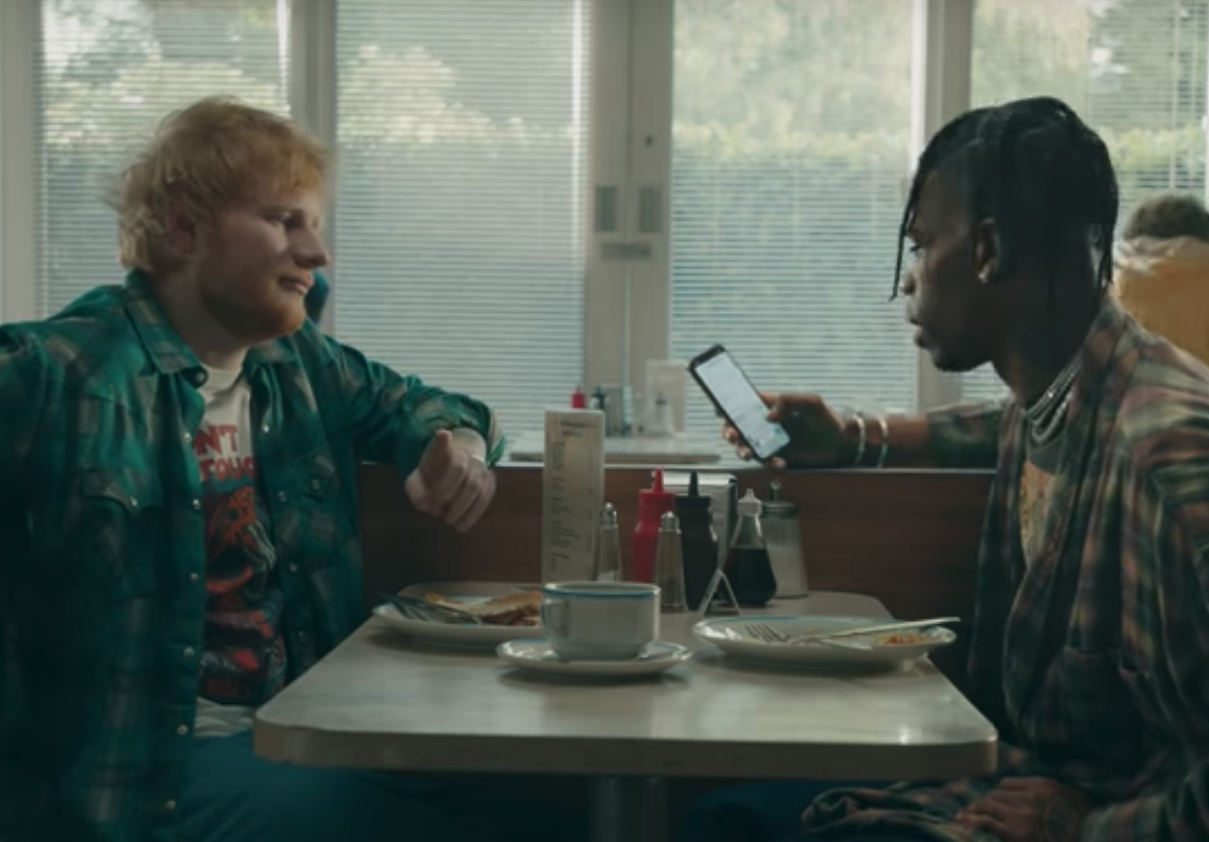 Ed Sheeran released his new album, No.6 Collaborations Project, today, which is comprised entirely of collaborative tracks. Along with it, the singer-songwriter has shared a new video for “Antisocial,” a track with Travis Scott from the album.

The playful video, directed by legendary music video auteur Dave Meyers, features Sheeran and Scott playing a variety of bizarre characters in a host of disparate settings. There are some apparent references to famous films such as The Birds, Edward Scissorhands, and Pulp Fiction. If you’ve ever wanted to see Ed Sheeran in Day of the Dead makeup, now is your chance.

Sheeran has previously released videos for the No. 6 Collaborations tracks “BLOW” with Bruno Mars and Chris Stapleton, his Justin Bieber duet “I Don’t Care,” his Khalid collaboration “Beautiful People,” and “Cross Me” with Chance the Rapper and PnB Rock. The album also includes songs featuring Eminem, 50 Cent, Cardi B, Camilla Cabello, Young Thug, and Stormzy, among a host of other famous musicians.

Watch the “Antisocial” clip below.