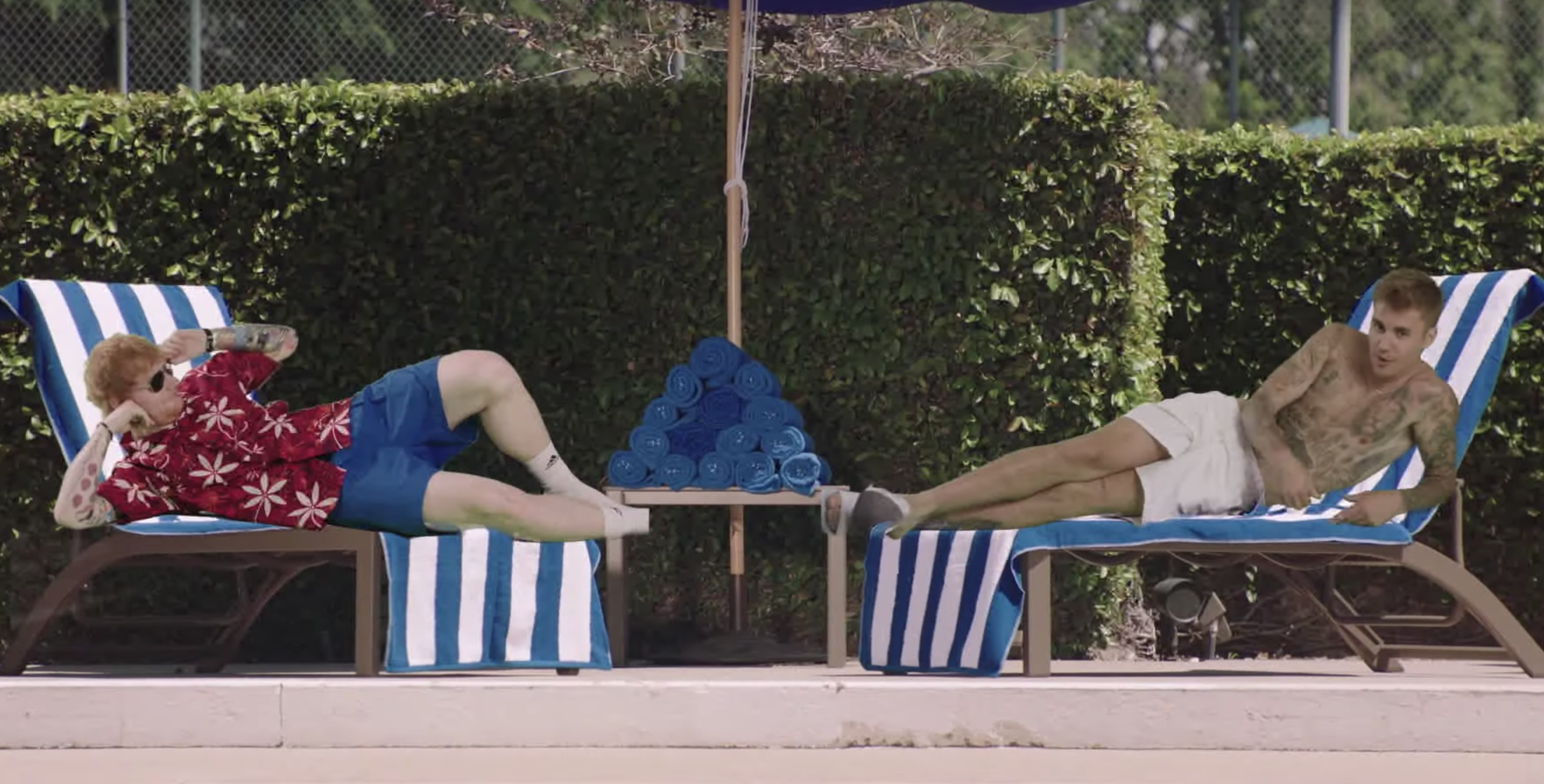 Last week, Justin Bieber and Ed Sheeran dropped a teaser for the video for their collaborative single “I Don’t Care.” In addition to the trailer, both Bieber and Sheeran built anticipation for the video by sharing clips of the shoot on their Instagram pages consisting of a honky tonk Bieber dancing in front the pyramids and Sheeran wandering through Tokyo in a giant panda bear costume. The duo have now dropped the full clip of their green screen shenanigans; it was was directed by British filmmaker Emil Nava, who previously helmed videos for the likes of Rihanna, Calvin Harris, Selena Gomez, and Sam Smith.

Bieber and Sheeran previously collaborated on the hit  “Love Yourself” from Bieber’s 2015 album Purpose. Watch the video for “I Don’t Care” below.