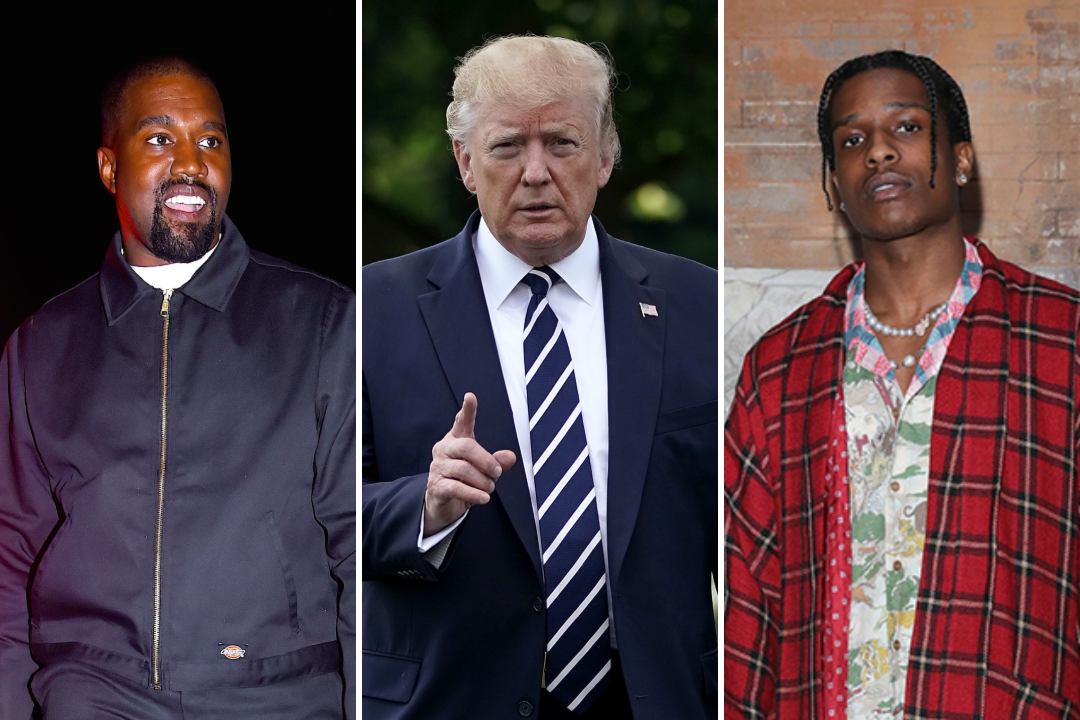 After Kim Kardashian West and her husband Kanye West contacted the White House to solicit help releasing A$AP Rocky from Swedish detention, the inevitable has happened: Donald Trump tweeted about it. “Just spoke to @KanyeWest about his friend A$AP Rocky’s incarceration,” the president wrote. “I will be calling the very talented Prime Minister of Sweden to see what we can do about helping A$AP Rocky. So many people would like to see this quickly resolved!”

Rocky is currently under investigation for suspicion of assault after a video emerged last month apparently showing the rapper tossing a young man to the ground while on tour in central Stockholm. Earlier today, his detention was extended until July 25. The rapper and his associates have claimed the individual and a friend were harassing them and instigated the conflict by hitting Rocky’s bodyguard with a pair of headphones. Rocky’s attorney has described the altercation as self-defense.

Rocky’s case quickly developed into a cause célèbre following reports that he was being detained in inhumane conditions. Tyler, the Creator, Diddy, Justin Bieber, Schoolboy Q, and other high-profile artists have proclaimed their support for the artist, and the State Department, which reportedly sent an official to the country to intervene, has said “there are certainly some facts about the arrest and detention that raise concerns.”

Read a full timeline of the case here and try to avoid thinking about the possibility of Rocky’s shitty situation developing into a White House publicity stunt.