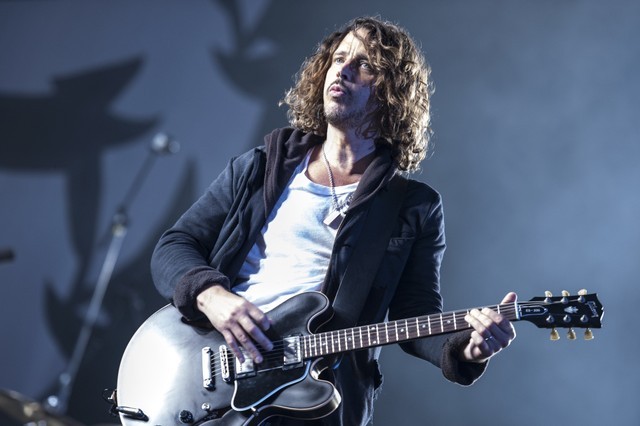 Since Chris Cornell’s passing just over two years ago, covers of his songs—whether his solo work or songs recorded with Soundgarden and Audioslave—often pop up in the live sets of artists who used to work with Cornell or just admired him. Most recently, it was his Temple of the Dog bandmate Eddie Vedder who performed a heartfelt cover of “Seasons,” the Soundgarden frontman’s contribution to the Singles soundtrack, while on a solo tour of Europe.

The iconic rock vocalist was blessed with one of music’s most formidable voices, but perhaps more importantly, was a prolific and dynamic songwriter. Because of this, artists of various genres have performed Cornell’s songs for more than 25 years. Here are a few of our all-time favorite covers of his work.

Back in the glory days of Myspace, Jersey metal gods the Dillinger Escape Plan shared a cover of Soundgarden’s “Jesus Christ Pose” complete with a loving tribute to the band’s breakthrough Badmotorfinger era.

The cover was recorded for the 2006 Plagiarism EP, which at the time was released as an iTunes-exclusive.

Metallica – “All Your Lies”

Jazz Against the Machine – “Spoonman”

Germany’s Jazz Against the Machine are regarded as something of a novelty act with their smooth jazz interpretations of early ’90s grunge standards. However, their cover of Soundgarden’s 1994 single “Spoonman” is especially haunting, given the crashing drums and the saxophone standing in for Cornell’s pronounced wail.

Ann Wilson – “I Am the Highway”

In September 2018, Heart’s Ann Wilson released Immortal, an album covering songs from her favorites artists, including David Bowie, Tom Petty, Glenn Frey, George Michael, and of course, Cornell. According to Wilson, Audioslave’s “I Am the Highway” is her favorite of Cornell’s songs.

“It’s just all about, I’m not the thing, I’m the bigger thing, I’m not your magic carpet ride in the sky. It’s a really great song. It has a lot of particular meaning to me because Chris was my friend,” Wilson said when she released the single in January. “The words in ‘I Am The Highway’ talk about dissatisfaction, and alienation, and someone who is just on their way. They’re not going to hang out with the friends and liars.”

Like Cornell, Wilson has one of the all-time great rock voices, and her powerful rasp meshes well Cornell’s introspective songwriting.

On his Rick Rubin-produced 1996 covers album Unchained, Johnny Cash reinvents the third single from Badmotorfinger as a surprisingly upbeat, twangy country jam topped off with his velvety baritone.

At Safeco Field in Seattle last year, Pearl Jam performed a passionate rendition of the Chris Cornell rarity “Missing.” Vedder and Cornell were friends, and Vedder communicates that with the passion of his performance.

At the aforementioned Chris Cornell tribute concert, Miley Cyrus stunned her fellow artists and Cornell fans alike when she took the vocal reins on Temple of the Dog’s “Say Hello 2 Heaven.” Although the night was stacked with Cornell’s longtime peers and elder statesmen of rock, Cyrus gave what was possibly the standout performance of the night thanks to her passion and the power of her pipes.

Norah Jones was the first artist to play Detroit’s Fox Theatre after Soundgarden’s final performance in 2017, after which Cornell took his life. She marked the occasion with an arresting and stark piano performance of “Black Hole Sun.”