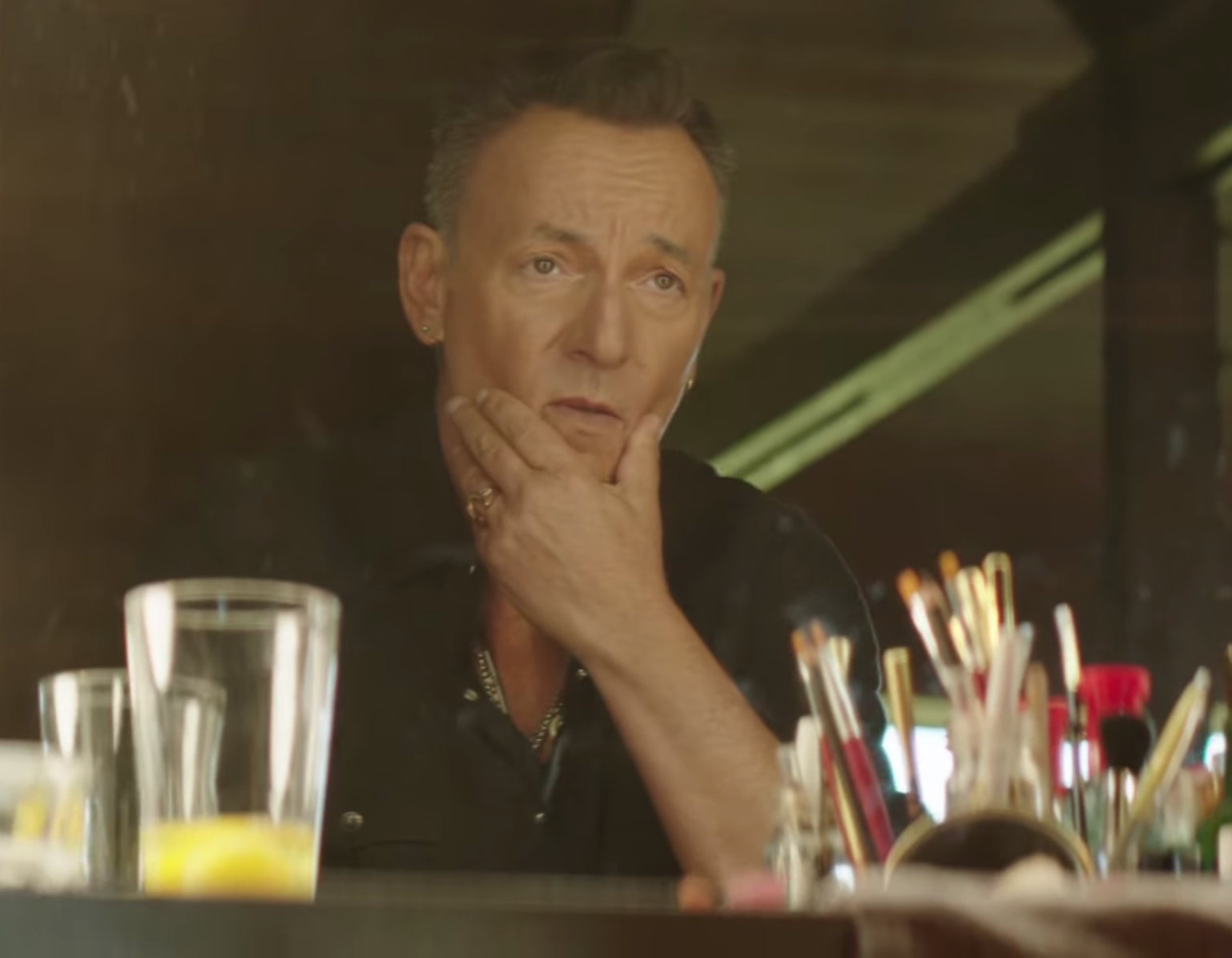 Bruce Springsteen’s lush, nostalgic solo album Western Stars is out today, and he has shared a new video for the title track in conjunction with the release. The song is one of the sadder on the album: a character study from the perspective of a past-his-peak Hollywood actor who once shared the screen with John Wayne, and now does commercials and drowns his sorrows in liquor. In the video, Bruce steps into the role of his protagonist, looking forlorn in the neon light reflected across his car seat, taking shots at the bar, and staring at himself in the mirror in the makeup chair. It’s a good video for a better song, one which speaks to the complete lyrical mastery in evidence throughout Western Stars, with picturesque verses (“Once I was shot by John Wayne/Yeah, it was towards the end/That one scene’s brought me a thousand drinks/Set me up and I’ll tell it for you, friend”) and an incredible line to begin and end on (“I wake up in the morning/Just glad my boots are on.”

Springsteen has also released videos for the album’s pre-release tracks “Hello Sunshine” and “Tucson Train.” He also put out the single “There Goes My Miracle.” Springsteen recently clarified that he is planning to go into the studio to record an album with the E Street Band this fall, and plans on touring with the group next year. Springsteen on Broadway, the Netflix special documenting his acclaimed one-man Broadway show of the same name, was released in December of last year. Watch the “Western Stars” video, directed by Thom Zimmy, below.