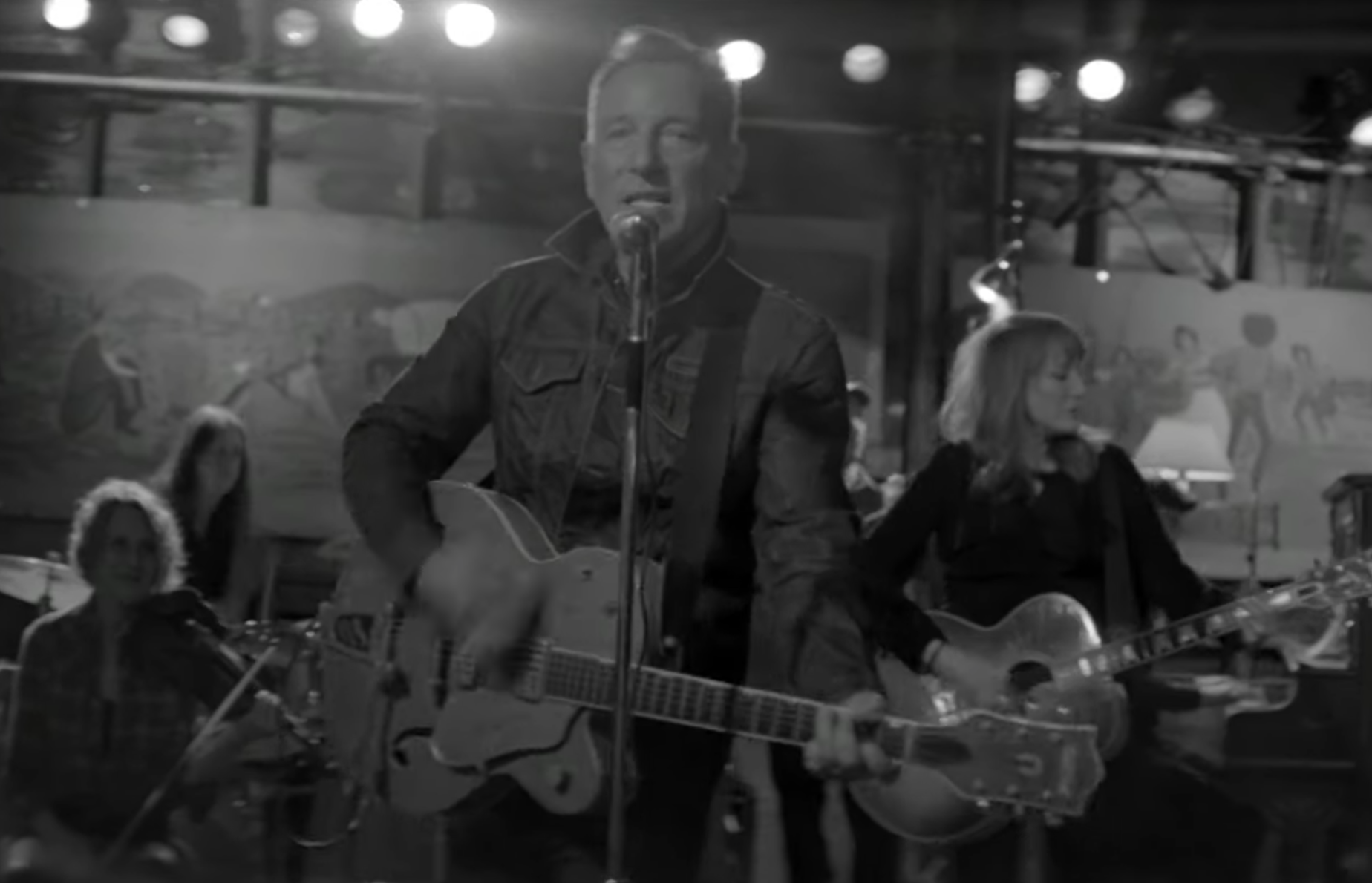 Bruce Springsteen has released a video for “Tucson Train,” the third single for his upcoming album Western Stars, which is due out on June 14. Like the album’s previous singles “Hello Sunshine” and “There Goes My Miracle,” the new song couples Springsteen’s quintessential, Americana-tinged songwriting sensibility with prominent orchestral arrangements. “Tucson Train” is based around a ear worm of a string and brass melody, and a central image of a lonely man waiting for his lover to come in (will they?) on a train. The video is directed by Thom Zimny, featuring a studio performance of the song with Springsteen, his band, and a gaggle of orchestral musicians.

Springsteen recently clarified in interviews that he is planning on recording another album—this one with the E Street Band—this fall, and touring with them next year. Watch the clip and listen to “Tucson Train” below.