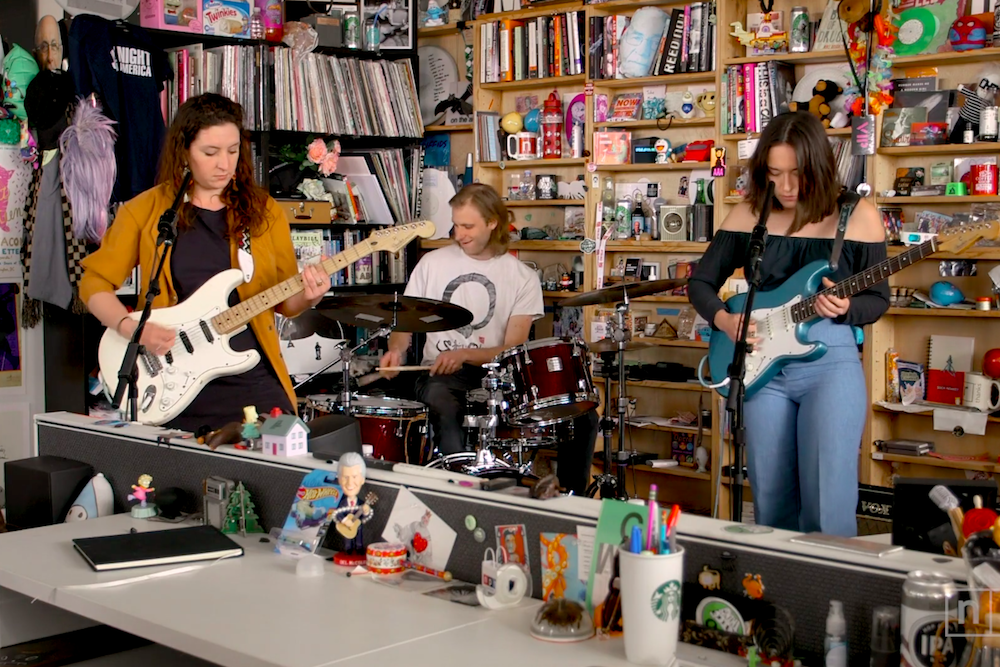 Ohmme released a great debut album last year, but the best way to experience the Chicago band’s joyful and virtuosic art-noise-math-improv-pop is to see them play live. If you haven’t done that, you can at least watch their new NPR Tiny Desk Concert, in which singer-guitarists Macie Stewart and Sima Cunningham and drummer Matt Carroll do a remarkable job of conveying the exuberance and ferocity of their usual show in a slightly lower-volume setting.

The trio perform four songs from their debut full-length Parts: “Water,” “Icon,” “Parts,” and “Grandmother,” preserving the record’s combination of airtight rhythmic interplay, gorgeous vocal harmonies, and brain-frying guitar. There are several extended instrumental breaks, on most of which Stewart takes the lead, firing off dissonant clusters and melodic lines that remind me of free-jazz legend Sonny Sharrock. “Grandmother” in particular is a highlight, stretched out to climactic length, with lots of new ornamentation on the already-elaborate harmonies of the album version.

Ohmme released a cover of the B-52s’ “Give Me Back My Man” in January. Before that, Parts appeared on our list of the best albums from last year, and “Sentient Beings” on our list of best songs. Watch the Tiny Desk Concert below and read Spin’s 2018 essay about the band here.