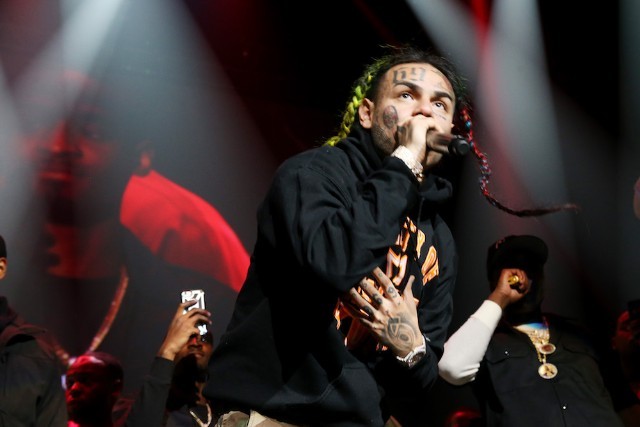 6ix9ine has released his debut album DUMMY BOY. The project was expected on November 23 but postponed after the Brooklyn rapper was arrested and charged this month on federal firearms and racketeering charges. He is currently in federal custody awaiting a trial scheduled next September for six felony counts. The album’s release follows its reported leak. Kanye West and Nicki Minaj, among others, contribute features.

In addition to his federal charges, 6ix9ine was sentenced last month to four years probation for the “use of a child in a sexual performance,” to which he pleaded guilty in 2015 after appearing in several videos posted online featuring a 13-year-old girl performing sexual acts. The rapper rose to fame while awaiting sentencing in that case and released his first Top 5 song, the Nicki Minaj-featuring “FEFE,” in July.

You can listen to DUMMY Boy below.