The rise of Brooklyn-based rapper 6ix9ine (born Daniel Hernandez), best known for his colorful hair and his single “Gummo,” which currently sits at 13 on the Billboard Hot 100, has come against the backdrop of allegations, spread by erstwhile collaborators Trippie Redd and ZillaKarmy, that the artist engaged in sexual misconduct with a minor in 2015. In October, Genius confirmed that Hernandez pleaded guilty to three felony counts of Use of a Child in a Sexual Performance, but declined to publish details of the crime. Jezebel has now published the court documents, and they reveal that Hernandez’s public denials of wrongdoing—he has claimed that he was 17 at the time of the incident, did not touch the girl in question, and was simply present for the filming of videos—are contradicted by his own official admissions.

The events for which Hernandez and a second defendant named Taquan Anderson were charged took place the night of February 21, 2015, when the rapper was 18. According to the criminal complaint—copies of which Jezebel obtained from a City Clerk’s Office in Manhattan and the New York County District Attorney’s Office—three videos filmed that night and early morning were later posted online that “employed, authorized and induced a child less than seventeen years of age to engage in a sexual performance.” The documents state the girl was 13 years old at the time, and the detective assigned to the case described the videos as such:

On the first video, the child engages in oral sexual intercourse with the separately charged defendant Taquan Anderson, while the defendant, Daniel Hernandez, stands behind the child making a thrusting motion with his pelvis and smacking her on her buttocks. The child is nude in the video. 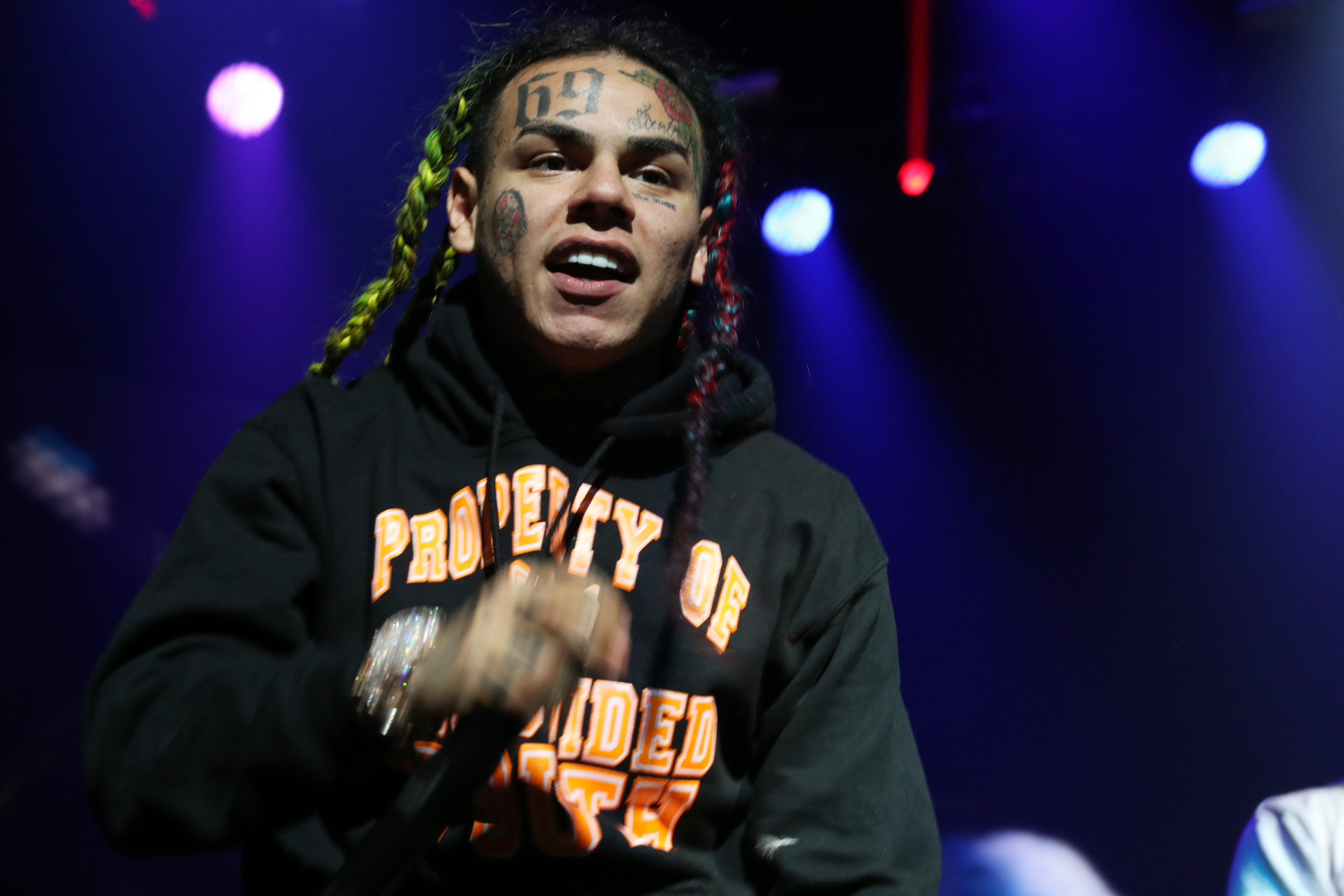 Hernandez’s highest-profile response to the allegations came in an interview with DJ Akademiks posted on Nov. 18. In the interview, the rapper falsely claimed to be “17 years young” and “a baby” at the time of the incident. “I’m not touching the girl, I’m not having sexual intercourse with the girl, I’m not doing nothing,” Hernandez told DJ Akademiks. “She just nude in some type of way.” He also said, “No one had sex with the girl,” and, “I was charged with a charge simply because I was there.”

In fact, the documents show that Hernandez officially admitted to being the person in the videos who “smacked” the girl’s buttocks while she performed oral sex on Anderson, and who sat with the the girl in his lap while she was naked. He stated, according to the detective:

THAT IS ME ON ALL THE VIDEOS. THIS HAPPENED IN HARLEM ON THE NIGHT OF FEBRUARY 21, 2015 GOING INTO THE MORNING OF FEBRUARY 22, 2015. I WAS TAGGED ON INSTAGRAM AND THEN I REPOSTED THE VIDEOS USING THE REPOST WHIZ APP. MY INSTAGRAM NAME IS TEKASHIIII69.

Jezebel also obtained Hernandez’s previously unreported plea agreement, dated Oct. 20, 2015, which adjourned the artist’s sentencing until Oct 20, 2017. (It has reportedly since been adjourned until Jan. 30, 2018.) Under the terms of the agreement, Hernandez would receive three years probation, and not be required to register as a sex offender, as long as, by the time of sentencing, he has: earned his GED; received two years of mental health treatment; performed 300 hours of community service for the New York City Parks Department; written an apology to the complaining witness and her family; abstained from posting sexually explicit or violent images of women and child on social media; and abstained from committing any crimes. If he violates the terms, he faces one to three years in prison.

You can read the full report here.