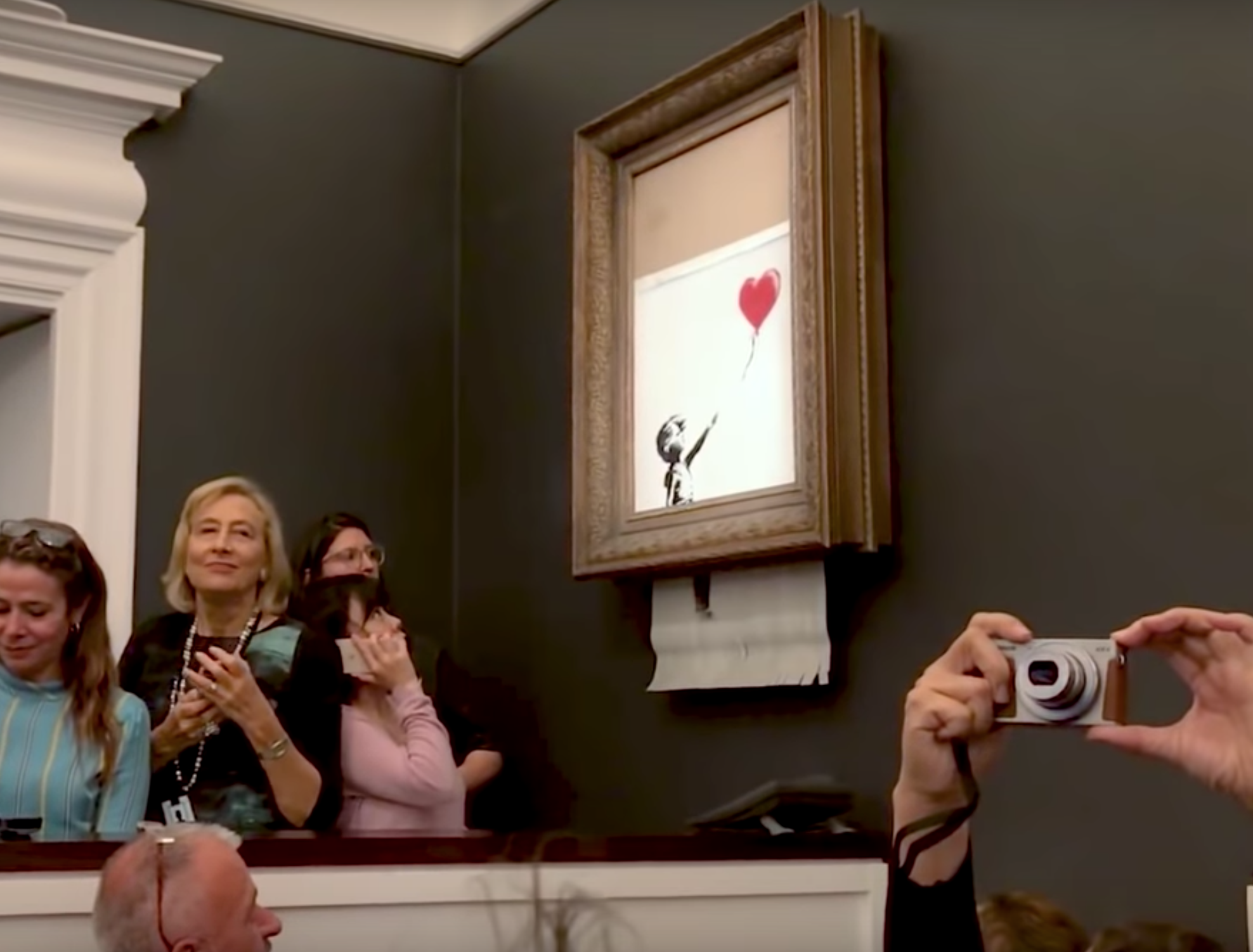 Earlier this month, Banksy shocked the assemblage at a Sotheby’s auction in London when the frame for a copy of his 2006 piece “Girl With Balloon” shredded the painting after it was auctioned off for $1.4 million. As the art handler carried the piece away, it was clear that the shredder Banksy had installed in the frame hadn’t managed to destroy the entire painting. A new video posted by the anonymous artist to YouTube shows the installation process of the shredder and attached triggering mechanism. It also includes footage of the auction, before and after the chaos. At the end, a title screen appears reading “In rehearsals it worked every time…” before footage of a successful rehearsal of the shredding, in which the painting is fully reduced to ribbons.

The buyer of the piece—entitled “Love Is in the Bin” in its finished form—has elected to keep it. Banksy and Sotheby’s both contend that no one at the auction house had prior knowledge of the stunt. Sotheby’s also claims that Love Is in the Bin is “the first artwork in history to have been created live during an auction.” Last year, Trent Reznor & Atticus Ross, Tom Waits, Elton John, and more created player-piano pieces for Banksy’s “Walled-Off Hotel” installation in Bethlehem, Israel. Watch Banksy’s explanatory video below.