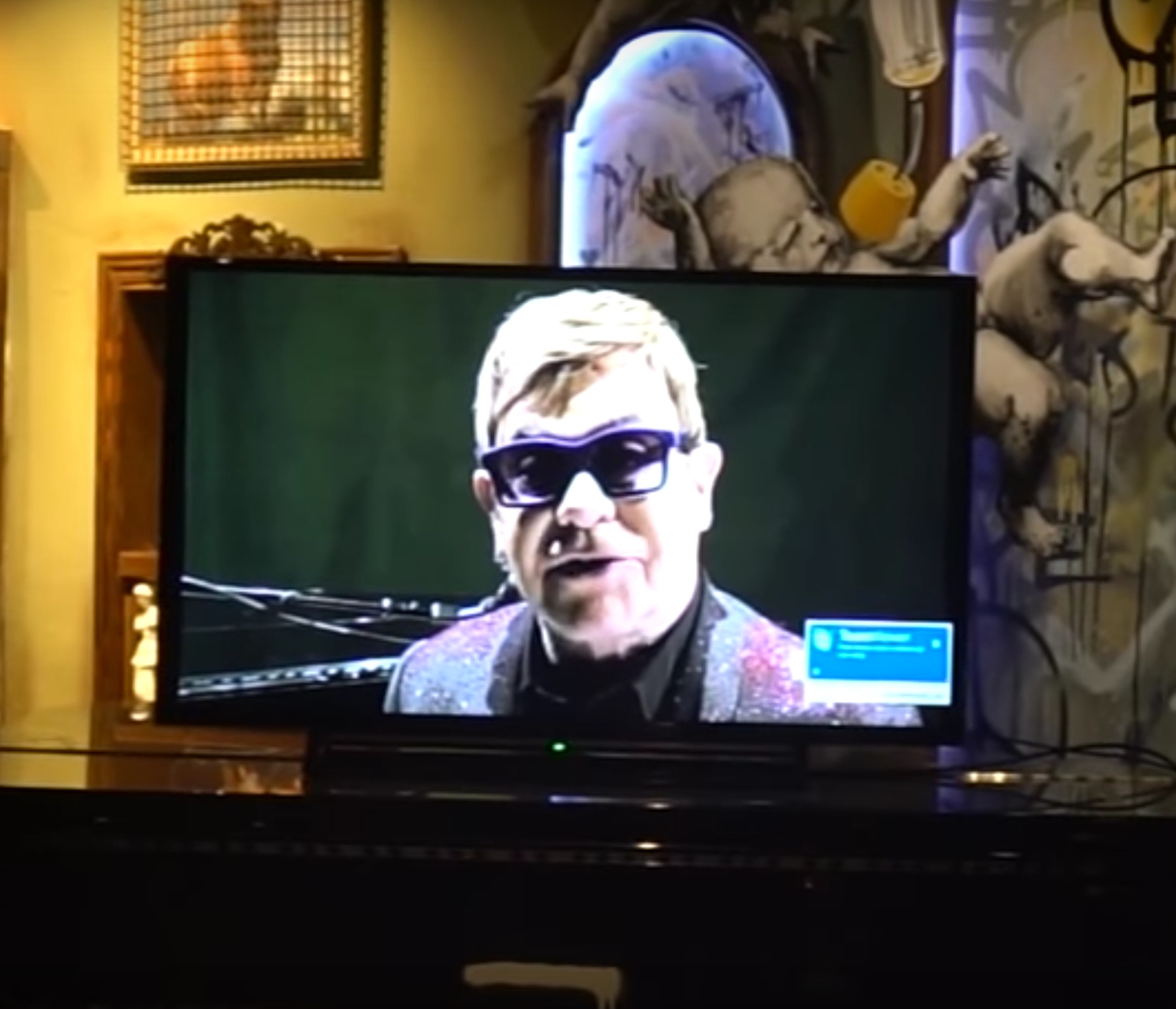 Notorious UK street artist Banksy’s sequel to last year’s Dismaland “bemusement park” is a cartoonish-looking nine-room hotel in Bethlehem, Israel called “The Walled Off Hotel.” Artists collaborated with Banksy to design different rooms, which are advertised as “boast[ing] floor to ceiling views of graffiti-strewn concrete.” According to Banksy’s site, it was built to celebrate the 100th anniversary of the Balfour Declaration, a 1917 document issued by the UK Foreign Secretary which is widely credited as an instigating factor in the Arab-Israeli conflict.

Beginning on March 11, you can stay at the hotel, which has art on display, and a player piano in the lobby which gives “concerts” every nights featuring “a bespoke score of contemporary arrangements.” The inaugural performance was given by Elton John, who controlled the keys on the piano remotely while singing and delivering banter via video. He offered a rousing, honky-tonk rendition of “I Guess That’s Why They Call It the Blues,” among other things.

Future guests slated to perform include Massive Attack’s 3D (named as an “artist-in-residence”), who also appeared at Dismaland. Trent Reznor and Atticus Ross, Hans Zimmer, and (sure, why not) Flea will also be performing “recitals.”