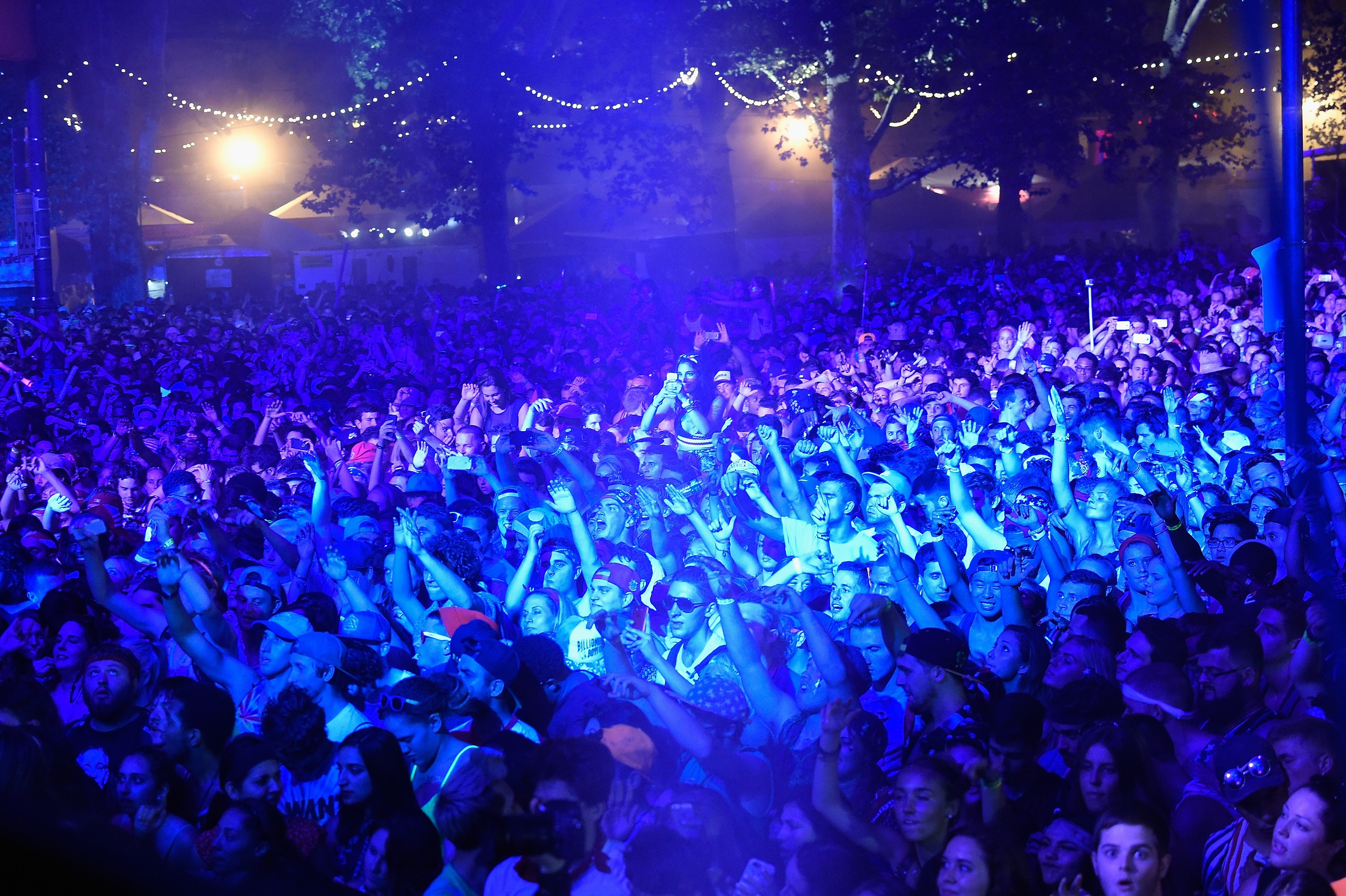 In its seventh year, Made in America is back to take over the city of brotherly love for what promises to be one of the summer’s marquee music events. Every Labor Day Weekend, the stocked lineup sets the stage for unforgettable moments, like, in 2017 when the Festival’s founder Shawn “Jay-Z” Carter had attendees join him in singing Happy Birthday to his wife, who frankly needs no introduction.

This year looks to be more of the same; a quick glance at MIA’s impressive lineup gives reason to expect an array of show-stopping performances and at least a few inevitable set conflicts that will call your musical allegiances (and a few “close” friendships) into question. Whether you’re a self-proclaimed Barb eagerly awaiting one of Nicki Minaj’s first sets from Queen or a Posty fan that’s had beerbongs & bentleys on repeat since it topped the Billboard 200, the weekend promises to be a big one.

WHERE TO STAY
MIA’s location near the heart of Philadelphia can be a double-edged sword when it comes time to start talking housing and logistics. On the one hand, Benjamin Franklin Parkway’s proximity to downtown provides a range of hotel accommodations within walking distance.

The downside? Each day of the festival hosts anywhere from sixty to seventy thousand attendees, meaning that some of those hotels will likely be fully booked by the time you’ve read this article. Now for the silver lining: Labor Day in the city likely means an uptick in available housing rentals in some of the city’s residential areas including Kensington and North Philly, in addition to spots in Center City.

THE CROWD
Though still in its infancy, MIA has grown to a level of notoriety where it’s capable of attracting fans from across the musical snobbery spectrum. Come ready to jockey for premium crowd positioning whether you’re an underground music aficionado scoping out the weekend’s promising emerging acts or a casual fan who made the trip for a combination of headlining sets, culinary conquests, and an assortment of FOMO-inducing Instagram backdrops.

CLAIM TO FESTIVAL FAME
The festival’s two-day lineup comes personally crafted by its founder and resident hip-hop legend turned mogul, Jay-Z. In 2012, MIA joined the ranks of what’s now become a growing list of artist-curated music festivals including the self-titled Roots Picnic, Bon Iver’s Eaux Claires, and Drake’s OVO Fest. The crafted list of performers runs the gambit from hip-hop and R&B as well as EDM and punk, though the 2018 iteration leans into the former genres more heavily than in years past.

SKIP IF…
You’re not a fan of hot strenuous walks in the late summer sun. MIA manages to capitalize on every bit of space afforded by Benjamin Franklin Parkway’s one-mile strip and the treks between stages can easily wear on even the most resolute concert lover.

That said, year in and year out the lineup proves that it’s more than worth the impromptu leg day and this year an appearance by hip-hop’s queen bee awaits fans who are willing to see it through.

WHAT TO WEAR
MIA is a complete tossup when it comes to what’s considered “appropriate outerwear,” but count on an abundance of denim, camo, jerseys, plaid, and everything in between. It also never hurts to throw an American flag print into the mix as long as it doesn’t clash with the rest of your carefully coordinated ‘fit.

The key here is striking that essential balance between being stylish, comfortable, and rain-ready which means strategic layering and packing your favorite pair of running shoes.

MUST-SEE SET
DO NOT miss Meek Mill. The Philly native never disappoints in front of his home crowd but this performance comes pre-packaged with a few additional storylines at play.

The early September set will be one of Meek’s biggest stages since his April 24th release from prison following a highly-scrutinized prison sentencing. Since his release, Meek is speaking with a new sense of clarity and has even taken up the mantle of criminal justice reform as a personal charge as evidenced by his recent single, “Stay Woke.”

MIA will undoubtedly set the stage for Meek to make a statement of epic proportions whether the MMG signee is debuting more new music or touting the same Dream Chasers hits that fueled his ascension into the current class of young hip-hop elites.

TAKE THE LONG WAY HOME
If you’re not completely burnt out by the time you wake up Monday morning and don’t need to rush back into work mode, take some time to explore Philly’s other Labor Day weekend festivities. Some of those will include fireworks along the Delaware River, the last day of the skating season at the Blue Cross River Rink and Deck, a seasonal pop-up beer garden.

MADE IN AMERICA IS FOR YOU IF …
You’re a fan of the metropolitan festival experience. MIA offers all the trappings of its larger and more storied competitors without requiring you to travel to some of the nation’s more remote corners. If you’re the ambitious type you may be able to take full advantage by squeezing in a boozy-brunch, a full festival day, and a night on the town in Center City.