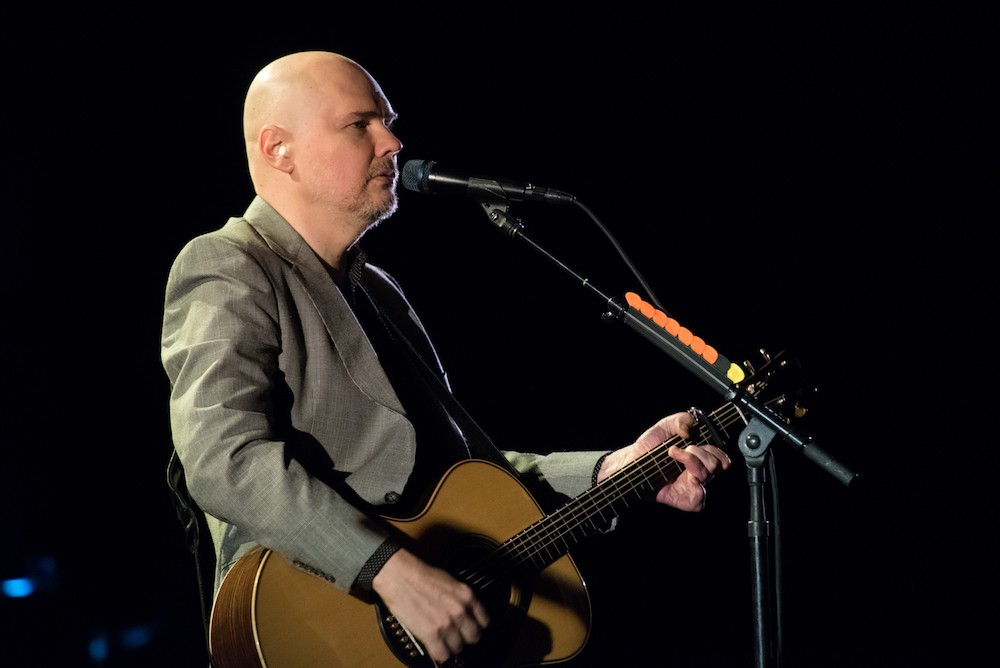 After months of hype and drama, last night in Arizona the Smashing Pumpkins played the first show of their “Shiny and Oh So Bright Tour,” which has been billed as a reunion of the band’s classic lineup despite not actually featuring original bassist D’Arcy Wretzky. They played the hits as promised, but also took the opportunity to debut a cover that is both completely ridiculous and totally in line with everything we know about Billy Corgan: “Stairway to Heaven,” Led Zeppelin’s wizard-rock epic from 1971.

“Stairway” rules, of course, but it’s also incredibly silly, and the balance between those two qualities is part of what makes it a classic. In the Pumpkins’ hands, as you might expect, the latter prevails over the former. Corgan is probably the only person on Earth save for Robert Plant himself who would choose to sing it at his big arena-rock return. We’re honestly glad he did, as baffling a selection as it is. Maybe he’s never seen Wayne’s World.

Watch two fan-shot videos of the cover below.