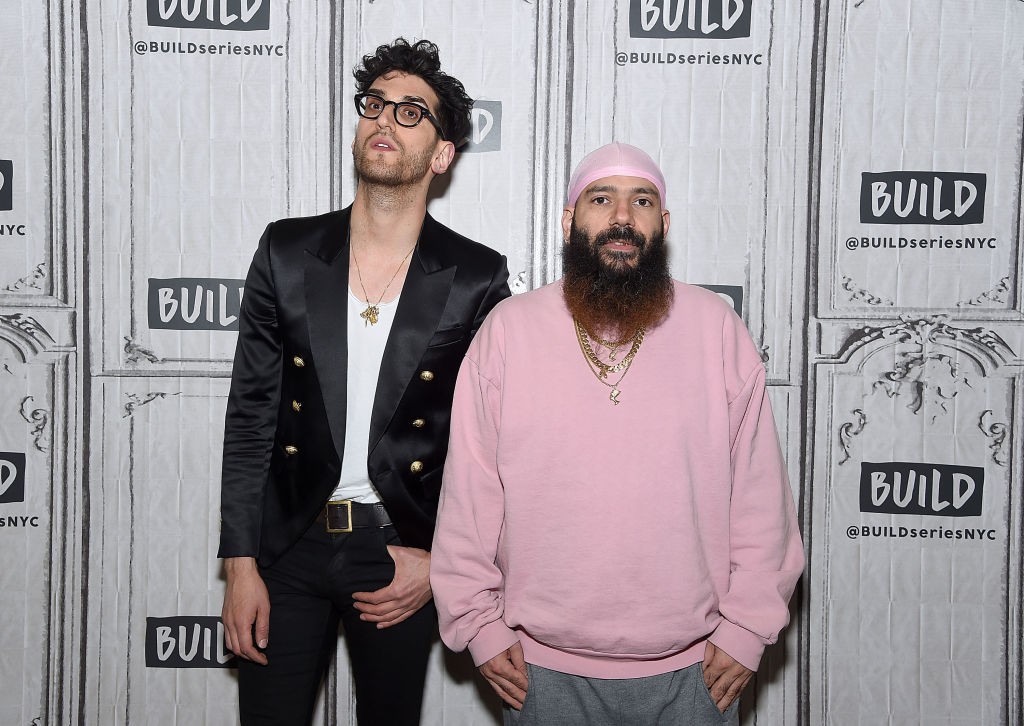 Canadian funk duo Chromeo—David Macklovitch and Patrick Gemayel—are back after a four year hiatus with Head Over Heels. Out today via Big Beat/Atlantic, the new album follows 2014’s White Women and features DRAM, French Montana, Stefflon Don, Amber Mark, and The-Dream as well as instrumental contributions from Raphael Saadiq, Rodney Jerkins, Pino Palladino (D’Angelo), and Jesse Johnson (Prince, The Time). For the new album’s cover, Chromeo traded in their signature symbol—a pair of women’s legs—in favor of their own. “We wanted to show that we are sensitive to [people’s concerns] and put our money where our mouth is and shave our own legs and expose that,” Macklovitch recently told GQ. “We took it upon ourselves to fuse with our symbol.”

Leading up to the album Chromeo released a slew of singles, including “Juice,” “Must’ve Been” with DRAM, “Bad Decision,” and “Bedroom Calling, Pt. 2.” with The-Dream. Both “Must’ve Been” and “Juice” received videos: “Must’ve Been” is a chronicle of the duo’s friendship throughout their lives, while “Juice” finds them frolicking through an orange orchard in leather mini skirts and stilettos. Earlier this week, Chromeo and DRAM appeared on the Late Show to perform “Must’ve Been.” Stream Head Over Heels below.