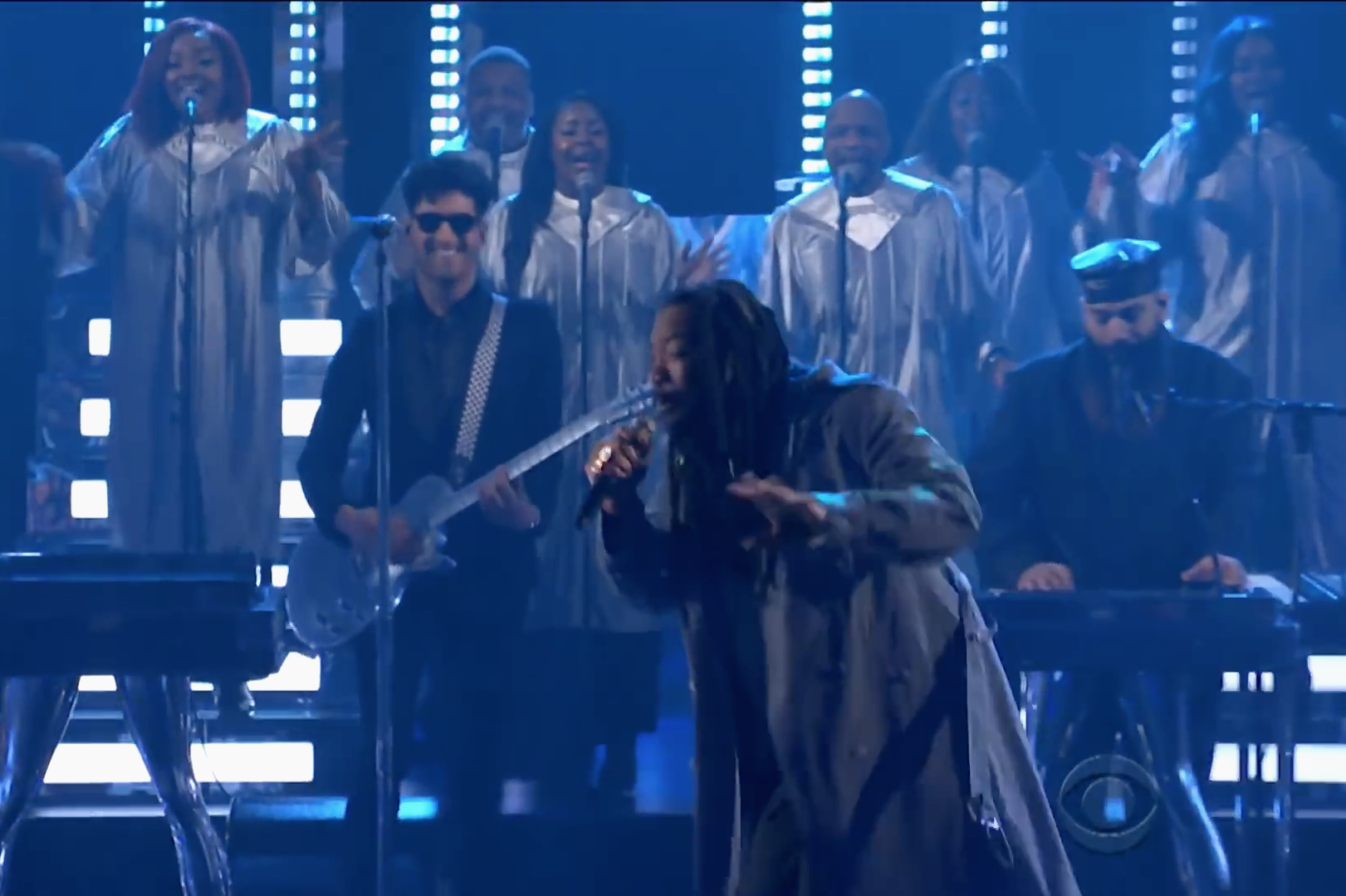 On last night’s Late Show, Stephen Colbert hosted Stormy Daniels’s lawyer Michael Avenatti and flameout ex-White House communications director Anthony Scaramucci for rosé wine, political debate, and a dry run of the stuff-of-nightmares joint talkshow the odd bedfellows of habitual Trumpworld talking heads are reportedly pitching to cable networks. Additionally, Chromeo showed up with DRAM and a gospel choir to perform their recent single “Must’ve Been.” There’s no appropriate pivot here, unless you’re forcing a joke about how all of the above indeed makes you feel as though you, too, must’ve been high. Two co-existing cultural phenomena—the guy who runs a fake newspaper best known for publishing Holocaust denial Twitter polls and the electro-funk duo who once cheekily dubbed themselves the “only successful Arab/Jewish partnership”—were on the same show, at the same time, as if they were comparably worthy endeavors. We are all collectively high as kites.

But the musical talent doesn’t pick the interview subjects, and Chromeo, DRAM, and the gospel singers were great. As on the studio version, DRAM steals the show, and Chromeo wisely hang back to let him. “Must’ve Been” is the first track on Chromeo’s new album Head Over Heels, out tomorrow (June 15). Watch their Late Show appearance below, and if you want to see three navy suits noisily pondering the depth of Michael Cohen’s loyalty, that’s over here.