6ix9ine Under Investigation in Attempted Shooting of Chief Keef: Report 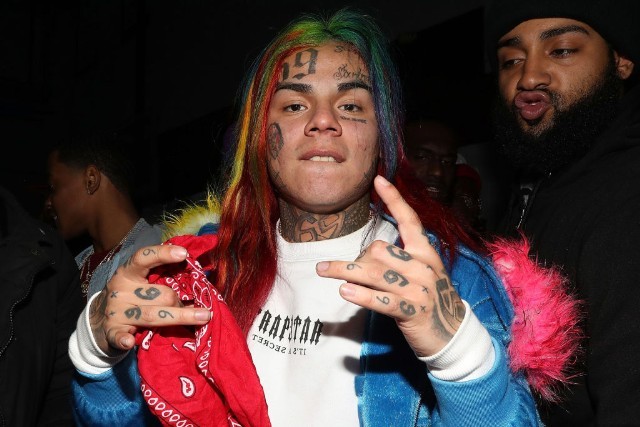 Police are investigating two suspects in this month’s attempted shooting of Chief Keef for possible connection to or involvement by rival rapper Tekashi 6ix9ine, TMZ reports. Early in the morning of June 2, unidentified assailants shot at Keef outside the Times Square W Hotel and missed; no one was injured. TMZ now reports that police have reviewed surveillance video that appears to show the suspects following Keef from a restaurant back to the hotel in a Ford Econovan, waiting until Keef re-emerged from the building for a smoke break to shoot.

6ix9ine (Daniel Hernandez) was in Los Angeles at the time of the attempted shooting. Nevertheless, the two musicians’ recent social media feud raised suspicions, including from Keef (Keith Farrelle Cozart), who blamed the shooting attempt on the 6ix9ine feud in an interview with Page Six. The following day, Hernandez denied involvement to a TMZ cameraman.

Hernandez previously reached a plea agreement in an unrelated sexual misconduct case. The terms of the deal would give him three years of probation provided he meets certain conditions, including refraining from criminal activity. However, sentencing in that case has been pushed back, reportedly because he hasn’t yet succeeded in obtaining a GED, another requirement of the plea agreement.