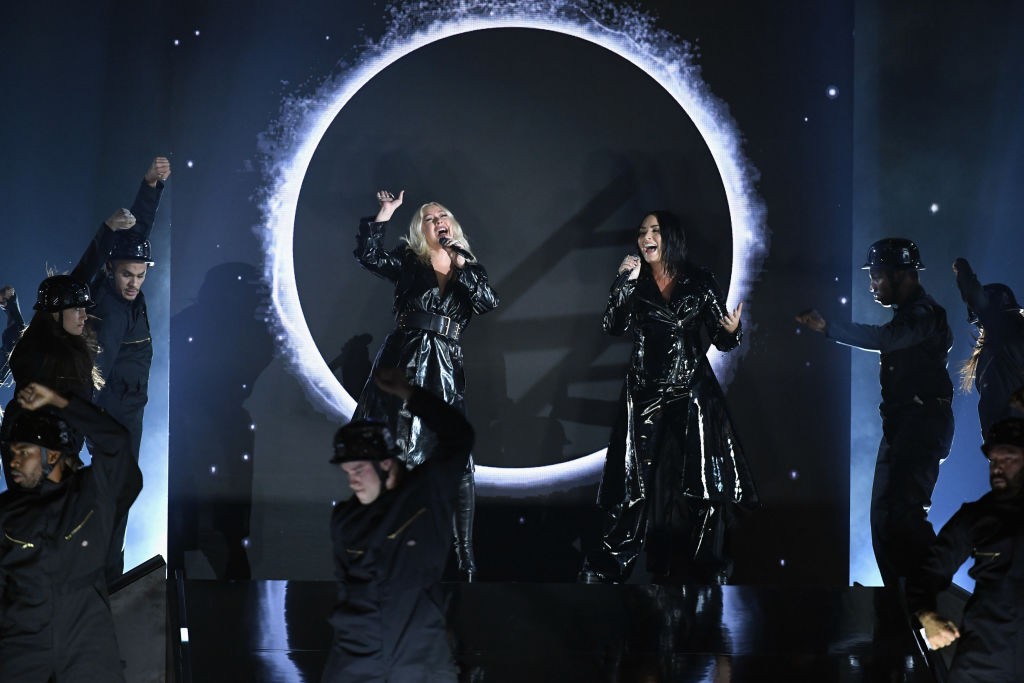 Lovato was nominated in three categories at this year’s awards: Top Female Artist, Top Social Artist (which she lost to BTS), and Top Dance/Electronic Song for “No Promises” with Cheat Codes (which she lost to the Chainsmokers and Coldplay). Lovato is currently gearing up for a European tour supporting her recent album Tell Me You Love Me, released this past September.

Though Aguilera is not nominated for any Billboard Awards this year, she has a lot in store for the coming months: Liberation, her eighth album, will be her first collection of new music since 2012’s Lotus. In addition to “Fall in Line,” she’s also released released new singles “Twice” and “Accelerate,” featuring Ty Dolla $ign and 2 Chainz. This fall, Aguilera will tour for the first time in a decade.

Watch a clip of Christina Aguilera and Demi Lovato performing “Fall in Line” at the 2018 Billboard Music Awards below.