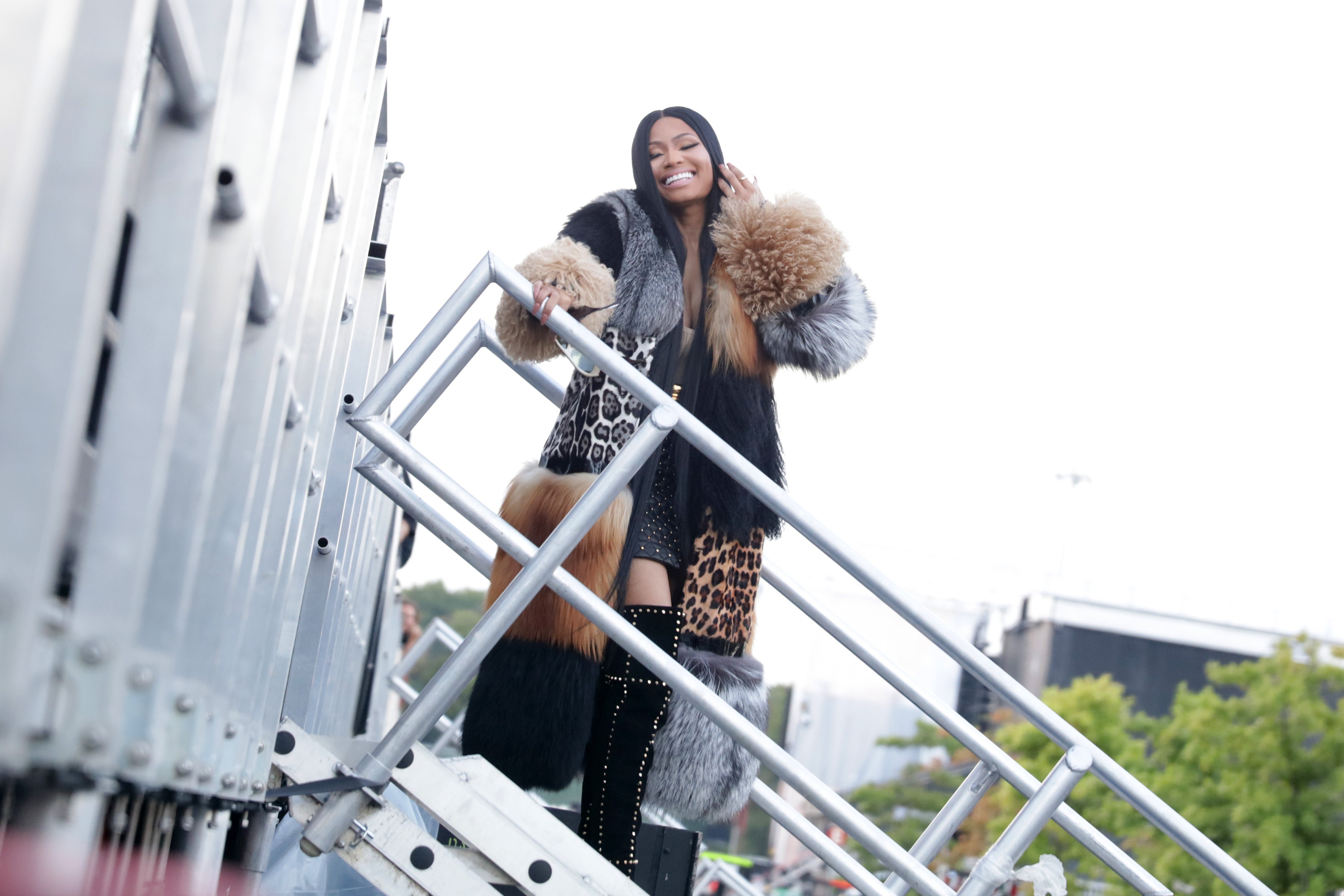 Nicki Minaj had a relatively quiet 2017. After her beef with Remy Ma led to three new singles that never got off the ground, she spent much of the year away from the spotlight aside from a few a high profile features on tracks by people like Yo Gotti and Lil Uzi Vert. Her song with Quavo, “She’s for Keeps,” got a video earlier this year, and she also collaborated with Migos and Cardi B on “MotorSport,” lent a verse to A$AP Ferg’s “Plain Jane” remix, and appeared on a version of Farruko, Bad Bunny, and Rvssian’s Latin-trap hit “Krippy Kush.”

Today she returned with two new solo songs, “Chun-Li” and “Barbie Tingz,” which premiered today after a sit-down with Apple’s Zane Lowe. In the same interview, she expressed her feelings on a number of subjects including meeting Meek Mill’s controversial judge. “The judge in question did everything I asked of her. I can’t badmouth her because I met her personally,” she told Zane Lowe. She also said Cardi and Quavo “hurt her feelings” by not showing any support for her regarding her verse on “MotorSport.”

Minaj had been cryptically tweeting about “something” since the beginning of the week. She tweeted and deleted the number “4” starting Monday and then “3” the next day, and later on that Tuesday confirmed she would be releasing two new songs. A release date for a potential album is not yet publicly known.

Listen to the two tracks below: