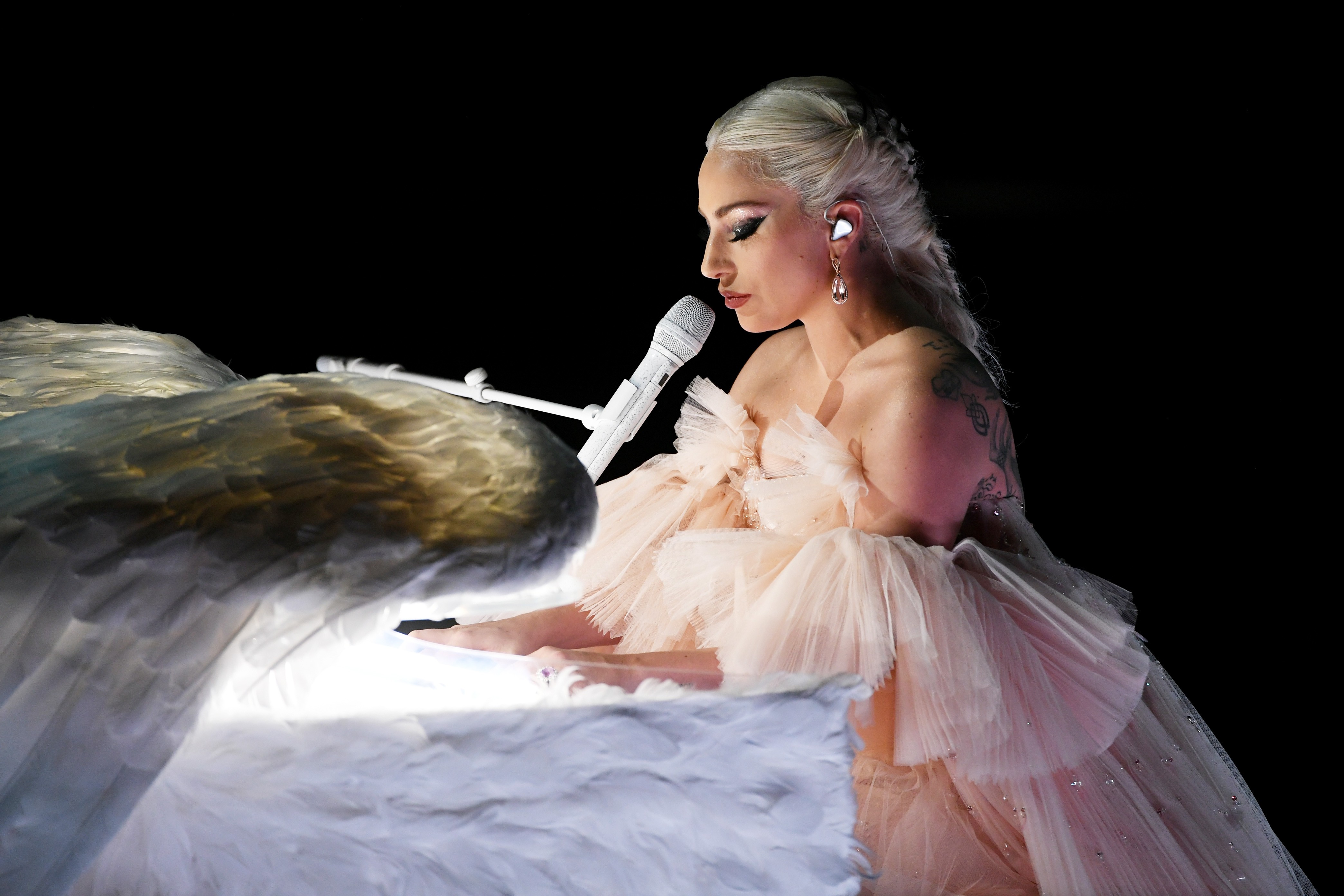 Gaga sat behind a piano draped in feathers and performed a dramatic but stripped down version of the tracks. Before she began her first song, she paid tribute to her late aunt, who served as the namesake for her album: “This is for my father’s late sister Joanne.” She also said “Time’s Up” in between songs, an homage to the anti-discrimination legal defense fund launched by a collective of women in media industries last month that took center stage at the Oscars. Watch a clip of Gaga performing “Joanne” below.

Last year’s Grammys featured Gaga’s somewhat doomed duet with Metallica, in which James Hatfield’s mic went out mid-song. In 2016, Gaga led a Grammys tribute to David Bowie, who had passed away earlier that year. Prior to the announcement of this year’s Grammy nominations, Gaga revealed her upcoming Las Vegas residency, which is slated to begin in December 2018.