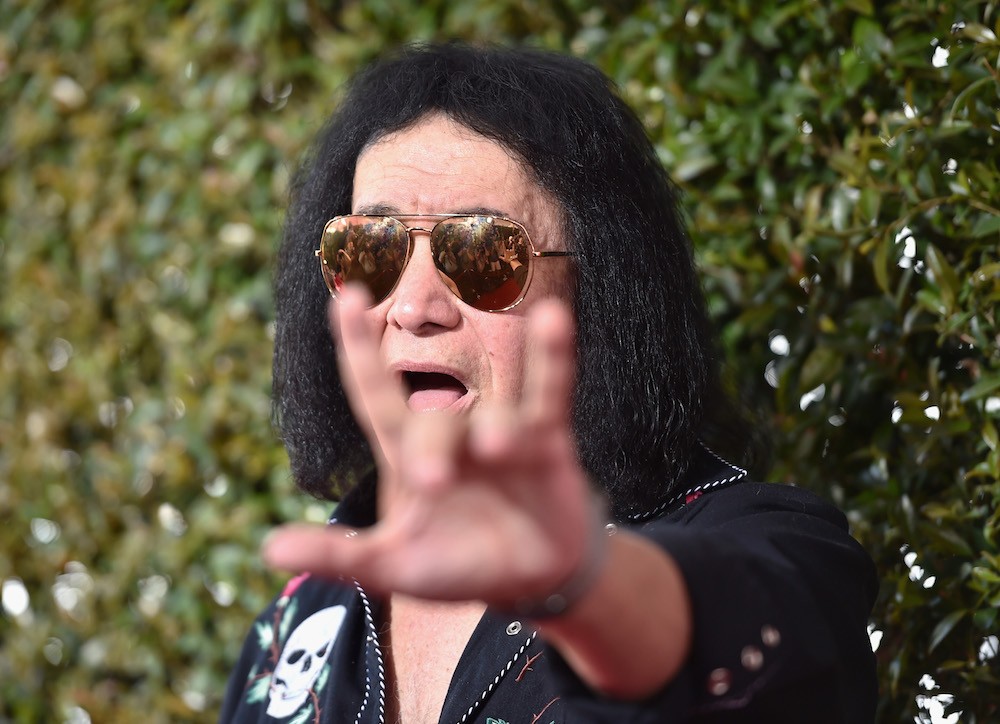 Last week, we learned that Gene Simmons of Kiss was trying to trademark his particular spin on the heavy metal “devil horns” gesture–a thumb-out variation that looks more like the American Sign Language symbol for “I love you,” or the thing Spider-Man does to activate his web shooters. Still, it was close enough for the metal community, including the widow of legendary metal frontman Ronnie James Dio–the man some say invented the horns–to condemn Simmons’ efforts. Now, Simmons has abandoned his trademark attempt, Forbes reports.

As Variety notes, this isn’t the first time that Simmons has tried to claim ownership of the hands, or that he’s been challenged by a member of the Dio family:

In the 1990s, Dio (who passed away in 2010) told Variety contributor Katherine Turman: “Because I’ve been lucky enough to have done it so much, it’s been more equated with me than anyone else,” adding, “although Gene Simmons will tell you he invented it — but then again, Gene invented breathing and shoes.”

After an uncertain week, ASL-speaking Americans can go back to expressing affection for each other in peace.