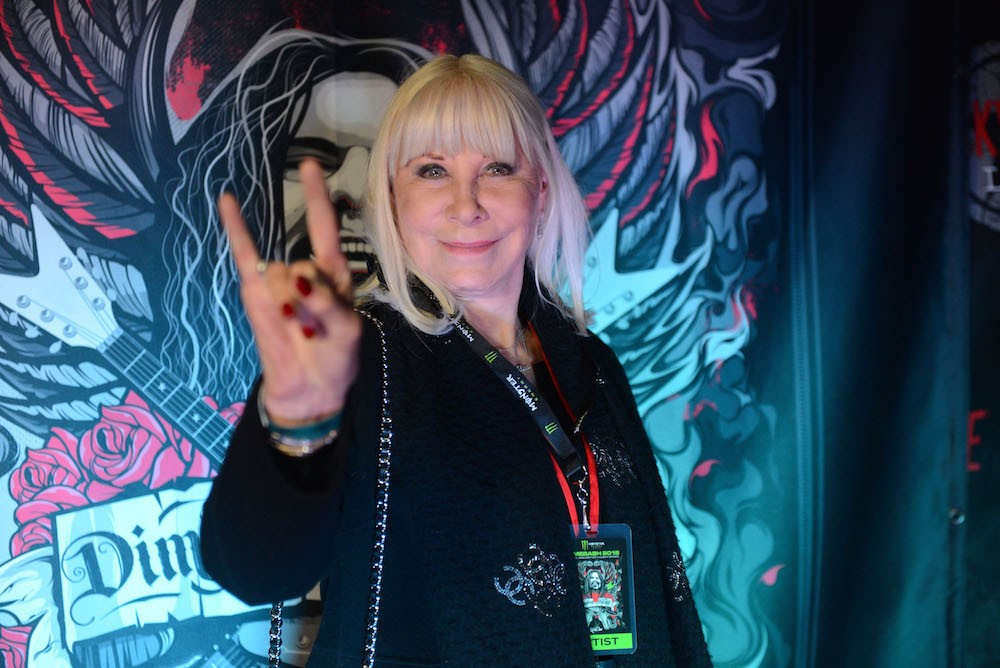 Yesterday, news broke that KISS frontman Gene Simmons had filed an application to trademark a hand symbol that looked a lot like the heavy metal horns (never mind that it actually represents the American Sign Language symbol for “I love you”). Today, the widow of legendary metal singer Ronnie James Dio weighed in on Simmons’ attempt, calling it, among other things, “disgusting.”

“To try to make money off of something like this is disgusting,” Wendy Dio told The Wrap. “It belongs to everyone; it doesn’t belong to anyone. … It’s a public domain; it shouldn’t be trademarked.”

Dio told the Wrap that her husband first adopted the gesture from his Italian grandmother, who apparently used it to either ward off evil or give the evil eye. “It’s laughable, I think, quite honestly,” she said, noting that John Lennon and the rock band Coven used the gesture on album covers as far back as 1969. “I think he’s made a complete fool of himself.”