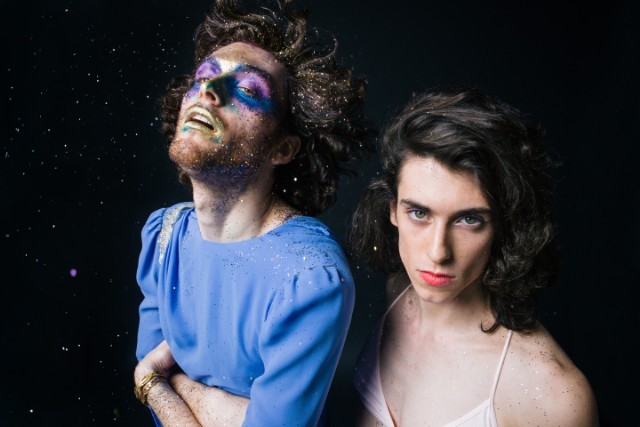 Days after being dropped by their record label Polyvinyl, PWR BTTM’s new album Pageant has been removed from iTunes, Amazon, Google Play, Apple Music, and Tidal. The record is still available on Spotify, though Polyvinyl has reportedly asked for it to be taken down there as well.

The band’s 2015 debut album Ugly Cherries has also been pulled from iTunes and Apple Music at the behest of Father/Daughter Records, according to Pitchfork. Songs from the band’s catalogue are also being deleted from YouTube.

“Throughout our 20 years, Polyvinyl has purposefully operated on the core principle that everyone deserves to be treated with fairness and respect,” Polyvinyl wrote in a statement posted to Facebook Saturday. “There is absolutely no place in the world for hate, violence, abuse, discrimination or predatory behavior of any kind.”

Last week, PWR BTTM lead singer Ben Hopkins was accused of committing multiple acts of sexual assault. Since then, the band’s forthcoming tour has reportedly been cancelled, with several bands lined up as support for that trek issuing statements distancing themselves from from the group. Salty Artist Management, which managed the band, has also removed them from its roster.

Hopkins and drummer/singer Liv Bruce issued a statement about the allegations last Thursday, but have remained quiet since.