Yesterday, the New York-based queer punk band PWR BTTM posted a letter on Facebook, reacting to allegations of improper behavior by its lead singer Ben Hopkins. Though PWR BTTM did not address any specific alleged incident, the band did acknowledge that there may be “survivor(s) of abuse,” and such stated that they were setting up an email, which Hopkins could not access, for anyone who claims to be a victim. Today, Jezebel has spoken with one person who says that Hopkins attempted to have sex with her without her consent, then again while she was sleeping, and then on a second occasion a month later.

In an interview with Jezebel, a person we’ll call Jen* who wishes to remain anonymous described being assaulted while intoxicated by Hopkins after a PWR BTTM show last year. Jen said she initially thought they seemed “like an okay person… because of what they preach,” referring to the band’s vocal interest in social justice. After Hopkins took Jen home they allegedly made sexually aggressive advances and started having sex with her without permission while also refusing to wear protection. Later, while she was asleep, Jen said she woke up to Hopkins trying to have sex with her again.

“I just felt totally powerless in the situation, first due to physicality because they are so much bigger than me in size and also social status,” she told Jezebel. “I was trying to be okay with whatever was going on.” 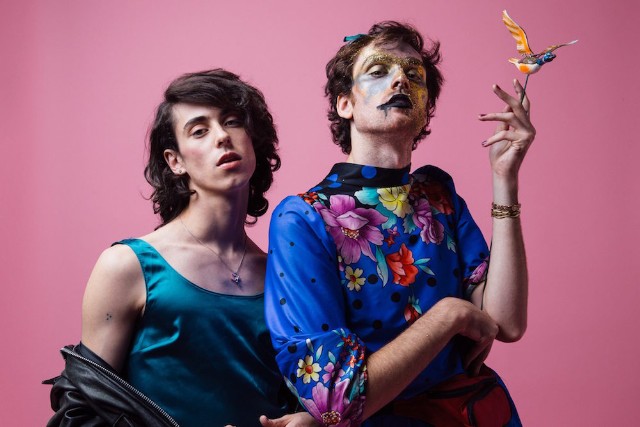 Hopkins continued to send Jen nude photos after the assault. Jen said she didn’t initially process her experience with Hopkins as rape after being assaulted in high-school. “In high school I was blamed, told it was my fault, shouldn’t have gone to this place,” she told Jezebel. “I have a lot of that internalized, unfortunately.” A month later, she said, Hopkins assaulted her again.

Jen, as Jezebel calls her, says that she was contacted by Liv Bruce, the other member of PWR BTTM. Upon speaking with Bruce, Jen says that she relayed “everything” about her assault, to which Bruce responded by suggesting that Jen reach back out to Hopkins, who Bruce said was unaware of the incident. This is an especially important detail because PWR BTTM’s apology letter claimed that the band was unaware of any specific allegations against Hopkins until they began to surface yesterday on Twitter and Reddit.

PWR BTTM’s manager Jeanette Wall told Jezebel that she had not heard of any allegations prior to yesterday, and the band itself has not yet commented on this incident, or anything since yesterday’s apology letter. Earlier today, PWR BTTM cancelled a record release show in New York City, Bled Fest and Hopscotch Festival have canceled the band’s performances, and three acts–T-Rextasy, Nnamdi Ogbonnaya, and Tancred–who were planned to open for the band on an upcoming summer tour, announced that they would now be dropping off the tour. That tour, as for now, remains scheduled, but the future of PWR BTTM seems very much in doubt.

Update (4:41 p.m.): PWR BTTM have been dropped by Salty Artist Management, their management company. “In light of the allegations involving members of PWR BTTM, Salty Artist Management will no longer be working with the band,” Salty said in a statement. We do not take these kind of allegations lightly and our thoughts are with victims and survivors of abuse who have been affected by this.”

If you would like to speak further about any allegations against PWR BTTM or Ben Hopkins, you can contact the writer of this post at [email protected] We can guarantee anonymity.