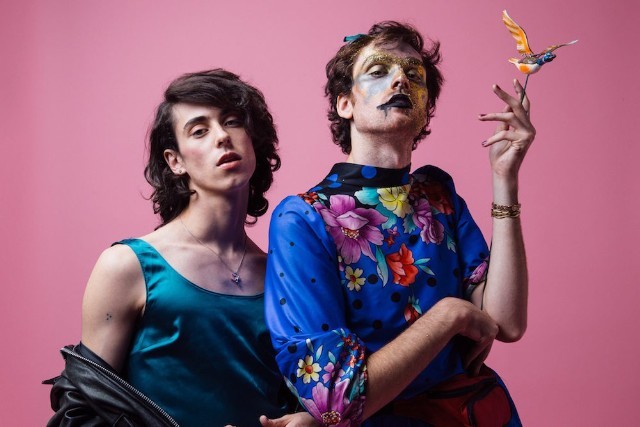 Six months after a sexual assault allegation against lead singer Ben Hopkins, indie rock duo PWR BTTM briefly reappeared on Twitter last night. The band’s official account, dormant since the publication of a second statement denying allegations, posted a vintage-looking photo of a person sitting on a motorcycle. After remaining up for about 12 hours, the tweet was deleted Monday afternoon. See a screenshot below.

They just tweeted for the first time since May pic.twitter.com/VoS8k3xh7o

It was an inopportune reminder from a band whose alleged misdeeds presaged our current societal reckoning with sexual harassment and assault. Sexual misconduct accusations against Hopkins first surfaced online in May. PWR BTTM was quickly dropped by their label and management company, and their music was withdrawn from stores and streaming services. Their debut album has since returned to digital services with the assistance of an outside lawyer. Their second album remains withdrawn, although in their final joint statement, Hopkins and bandmate Liv Bruce remained defiant: “We want nothing more than to be back performing together soon.”

Hopkins is far from the most powerful or popular person to be publicly accused of misconduct, but it’s hard to imagine a worse climate for any attempted return. Spin has reached out to a representative of PWR BTTM for clarification on last night’s Twitter post and will update if and when we hear back.