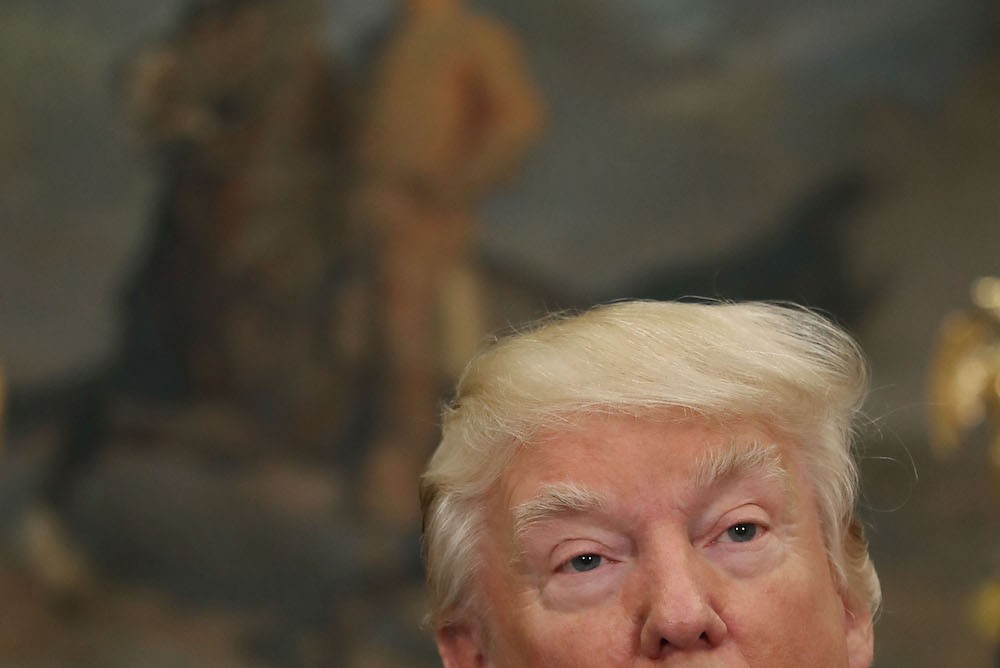 You have to have a big ego to become president of the United States, and it’s safe to assume that pretty much any past leader of the free world would have suffered POTUS envy over the now-infamous photos comparing the size of the crowd at Donald Trump’s inauguration versus Barack Obama’s. The difference is that most other presidents would be wise enough to work out their weirdly sexualized shame in private, or at least they’d have advisors to instruct them to do so, whereas Donald turned his jealous fuming into a media spectacle. Now, it seems that the president was even more directly involved in his public humiliation than previously thought.

As you recall, the crowds at the 2005 and 2009 inaugurations were visibly much larger than the assembly this year, but that didn’t stop press secretary Sean Spicer from asserting that Trump attracted “the largest audience to ever witness an inauguration — period — both in person and around the globe.” News organizations were quick to point out the lie, and in the midst of the kerfuffle, the official Twitter account of the National Parks Service retweeted the following tweet comparing crowd sizes from New York Times reporter Binyamin Appelbaum.

The retweet was quickly deleted, and the NPS Twitter and those of other Department of the Interior agencies were briefly shut down. As CBS News notes, Spicer said at the time that Trump was not involved in ordering the deletion or account shutdowns. However, according to new documents uncovered via FOIA request by the website MuckRock and picked up by CBS the president was upset enough over the slight to reach out to the NPS directly over the rogue retweet. One of the emails between NPS officials obtained by MuckRock contained the following excerpt:

“Obviously, this has become a very sensitive issue, especially since the President has gotten directly involved and contacted Acting Director Mike Reynolds concerned about one of the images that was retweeted,” wrote Tim Cash, Chief of Digital Strategy at the National Park Service in a Jan. 21 email to Shaun Cavanaugh, the agency’s Chief Information Security Officer.

It appears that Spicer wasn’t lying–MuckRock’s documents show that the shutdown order came from inside the NPS itself, as the agency attempted to find who was responsible for the retweet. (It seems possible that the account was briefly hacked.) And it’s not clear whether Trump’s direct involvement extended further than his contacting the agency’s acting director. Still, the fact that he was perturbed enough to make the call himself, on the first full day of his presidency, speaks volumes.