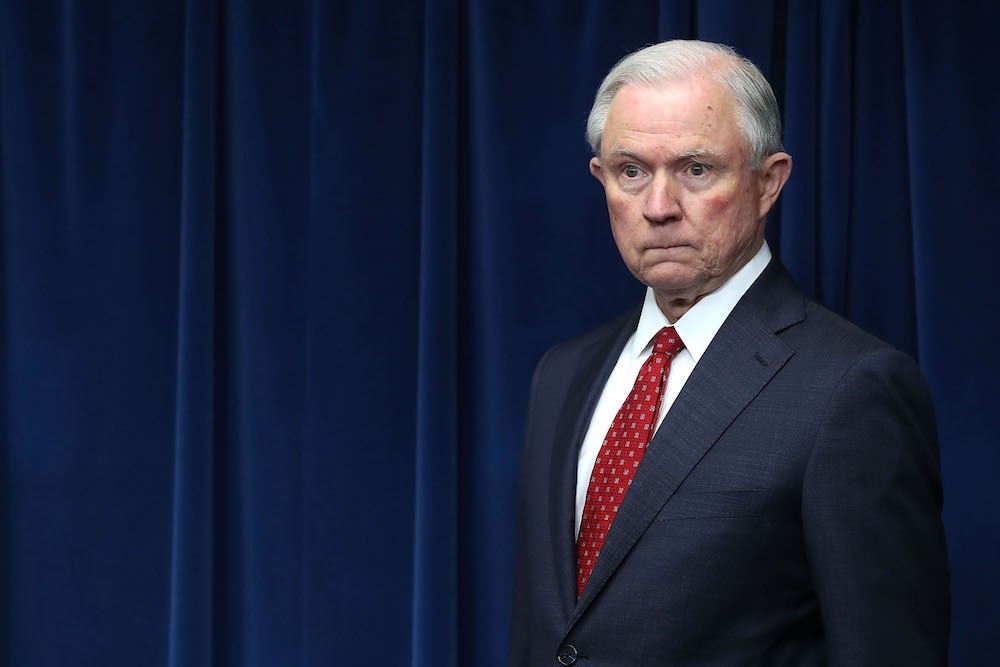 Earlier this week, President Donald Trump and U.S. Attorney General Jeff Sessions signaled their intent to fight the federal police reforms of the last several years, ordering a review of dozens of reform agreements previously reached between the U.S. Department of Justice and troubled law enforcement agencies. Today, we learn that the first move in their battle was a failure.

In addition to the sweeping review, Sessions specifically targeted a “consent decree” that the Obama-era DOJ issued to the Baltimore Police Department after the killing of Freddie Gray in 2015. Like the other decrees now under review, this agreement mandated a set of changes at the department designed to reduce police violence and systemic racism, including the appointment of a federal monitor and training for all officers about implicit bias. Because the Baltimore decree has not yet been formally adopted, Sessions asked a federal judge to delay the legal proceedings surrounding its adoption for 90 days, presumably with the eventual aim of finding a way to scuttle it altogether.

However, U.S. District Court Judge James K. Bredar denied that request today–not for political reasons, but because it was made just days before a scheduled public hearing about the decree, which had been scheduled since February, the Baltimore Sun reports. Bredar called the DOJ’s request “untimely” in his denial, and the hearing will happen as scheduled.

After the violence and protests that wracked Baltimore in the wake of Gray’s death, the city has attempted to embrace the idea of police reform, and it is not taking Sessions’ meddling lightly. New mayor Catherine Pugh campaigned around the idea, as did nearly every other major candidate, and new police commissioner Kevin Davis is a reform supporter as well. Yesterday, Pugh and Davis said that they intend to institute the mandated changes whether or not the consent decree ultimately goes through. If you take them at their word, the fight with Sessions will only determine whether they have a federal monitor looking over their shoulder while they do it.