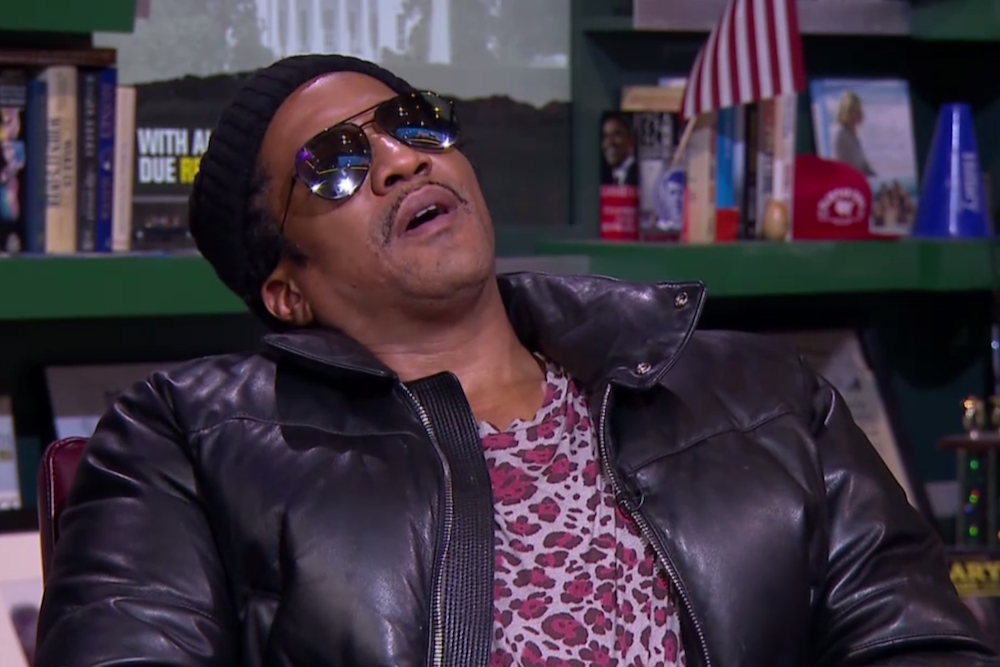 The inherent problem of having featured artists on a politically conscious album is how those guests don’t necessary reflect the star’s worldview. For example, Lil Wayne disparaged the Black Lives Matter movement after appearing on Solange’s very pro-black A Seat at the Table. Then there’s Kanye West, who praised Donald Trump in his second-to-last Saint Pablo show. The controversy came a week after appearing on We Got It from Here… Thank You 4 Your Service’s “The Killing Season,” one of the album’s most politically scathing songs.

Of course, A Tribe Called Quest’s quarterback Q-Tip had to field a question concerning his infrequent creative partner. The Abstract sat down on With All Due Respect, the John Heilemann-hosted Bloomberg Politics show, to discuss West’s unfortunate comments. Heilemann brought up West’s hospitalization and comments before Q-Tip delivered his pained response.

“It’s difficult because I love him,” Q-Tip said. “That’s my brother, you know what I’m saying? I reached out to him and I’m hoping that we just get to talk. I just probably will leave it there because I really care about that dude. But his remarks are something that require he and I having a real serious discussion.”

Meanwhile, West is reportedly still recovering in a hospital. After being admitted for what’s been called “temporary psychosis,” West spent Thanksgiving being treated for paranoia and extreme depression, according to TMZ.