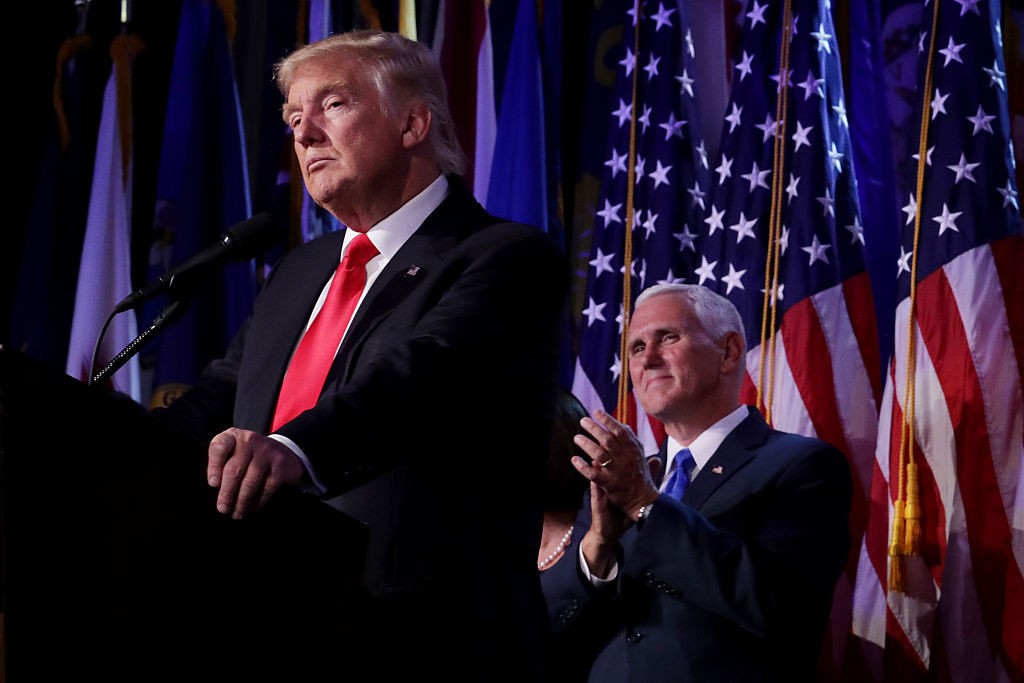 Vice-president elect Mike Pence went to see Hamilton on Broadway Friday night. On his way to his seat, members of the audience booed at him. At curtain call, actor Brandon V. Dixon delivered a polite, heartfelt message from the cast of the show:

Tonight, VP-Elect Mike Pence attended #HamiltonBway. After the show, @BrandonVDixon delivered the following statement on behalf of the show. pic.twitter.com/Jsg9Q1pMZs

“Vice-president elect Mike Pence, we welcome you and we truly thank you for joining us at Hamilton: An American Musical,” Dixon said. “We sir, we are the diverse America who are alarmed and anxious that your new administration will not protect us, our planet, our children, our parents, or defend us and uphold our alienable rights, sir.”

“We truly hope that this show has inspired you to uphold our American values and to work on behalf of all of us—all of us. We truly thank you for sharing this show—this wonderful American story told by a diverse group of men, women, of different colors, creeds, and orientations.” His words were greeted with cheers and applause.

President-elect Donald Trump, however, is having none of this right to free speech or right to petition:

Our wonderful future V.P. Mike Pence was harassed last night at the theater by the cast of Hamilton, cameras blazing.This should not happen!

The “harassment” was particularly bad, Trump tweeted, because theater is a “safe” place:

The Theater must always be a safe and special place.The cast of Hamilton was very rude last night to a very good man, Mike Pence. Apologize!

Remember when the worst thing anyone had to say about Hamilton was that they couldn’t afford a ticket?