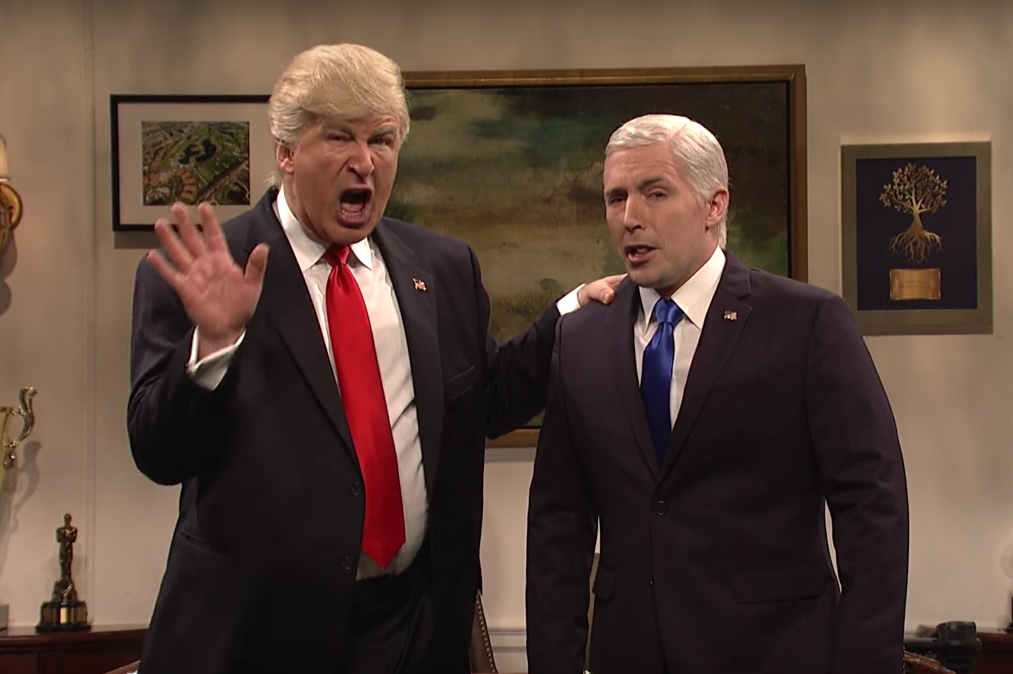 Stressed and out of his depth, SNL’s Trump is ready to throw his campaign promises out the window. He has to Google “ISIS.” But he did manage to ask Pence whether he enjoyed Hamilton. “It was good, I got a free lecture,” Pence replied.

Meanwhile, @realDonaldTrump—who was still tweeting about Hamilton at 3 a.m. this morning—found time in his transition schedule to complain about SNL too:

I watched parts of @nbcsnl Saturday Night Live last night. It is a totally one-sided, biased show – nothing funny at all. Equal time for us?

Of course, most of SNL’s critics complain its producers gave Trump a bonanza of free exposure already when they invited him to host the show back in November 2015. The equal-time rule only applies to candidates—maybe the president-elect should Google the name of the guy who killed the Fairness Doctrine.