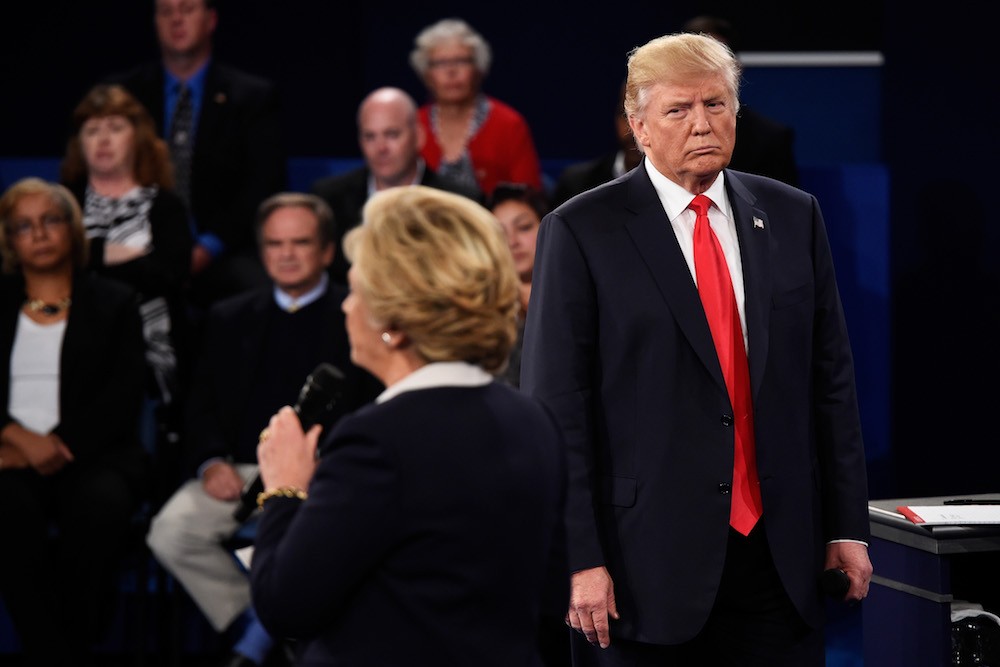 Tonight is the final debate of the 2016 presidential election, and by the sound of early reports, Donald Trump intends to fill the stands with a murderer’s row of right-wing tabloid quasi-celebs.

Multiple outlets are reporting that the D-man intends to bring along Malik Obama, President Barack Obama’s Kenyan-born half-brother, who is a Trump supporter, and Patricia Smith, a mother whose son was killed in Benghazi. Clinton, on the other hand, will be bringing along her wealthy allies Mark Cuban and Meg Whitman, the CEO of Hewlett-Packard. The choice of guests on both sides, the Los Angeles Times astutely notes, amounts to a form of “psychological warfare.” Hillary has referred to Cuban and Whitman as “real billionaires” in campaign speeches—an unsubtle dig at the mysteries of Trump’s finances—and Patricia Smith has said that the former Secretary of State effectively “murdered” her son with her actions in Libya. The invitees won’t be making any public remarks, but the presence of each side’s guests in the stands is meant to needle the other competitor where it hurts most.

Malik Obama is a bit of a head-scratcher. As CNN notes, he once said the late Libyan dictator Muammar Gadhafi was “his best friend,” so things might get weird if he is seated next to Smith. But according to Steve Bannon, the right-wing media impresario who serves as Trump’s campaign CEO, the president’s half-brother is “just the appetizer.”

What other stars of the Drudge Report homepage might Trump bring out tonight? There’s Danney Williams, who has made unsubstantiated claims to being the love child of Bill Clinton and a Little Rock prostitute, and whom many observers have noted would make an appropriately zany guest. Maybe the ghost of Vince Foster, who wacky conspiracy theorists believe the Clintons murdered to cover up corruption in the 1990s, or of Antonin Scalia, who even wackier conspiracy theorists believe the Obama administration murdered to secure a liberal seat on the Supreme Court. But if Trump really wants to go full Drudge, he’ll need to conjure the grizzly bear who 100 percent did not rape Leonardo DiCaprio’s character in The Revenant.