ANOHNI Has Harsh Words for Apple, the “McDonald’s of Consumer High Tech” 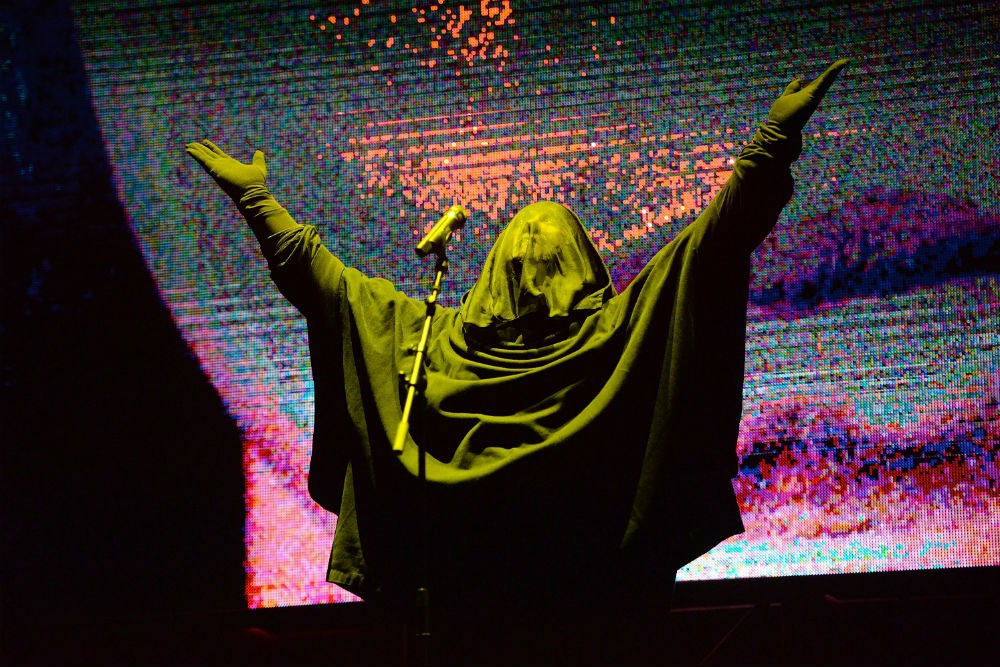 If you’re weary of the streaming wars and the various exclusivity deals that major corporations have struck with different artists, you’re not alone. ANOHNI has criticized the music industry at large—and Apple in particular—in a new interview with the artist-centric website the Creative Independent. Speaking with the site’s Editor-in-Chief, the singer-songwriter lamented the state of the music business, saying, “It’s just gotten worse and worse over the last 15 years. The income streams of musicians have all been upstreamed into the pockets of computer corporations. Sound recordings are little more than free crackerjacks inside every computer or cellphone that you buy.”

The often-outspoken artist elaborated further: “Musicians have been stripped of the ability to effectively sell our music as an object. Now we are being herded into all these shady situations. So, now, say the focus of your music is social justice—social justice becomes a big part of your ‘brand.’ You do some TV shows and get lots of followers on Twitter. As soon as you have enough followers, the corporations come knocking to rent out your brand, which they then turn around and use as a pheromone to sell their products. You use that money to make a music video and pay your recording costs.”

ANOHNI also acknowledged that she has participated in this system, referencing the fact that the video for “Drone Bomb Me”—the lead single from ANOHNI’s latest album, HOPELESSNESS—was put together in conjunction with Apple. “The ‘Drone Bomb Me’ video was paid for by Apple,” she admitted. “It was an experiment and a challenge for me. The record companies can’t afford to advance the whole cost for making the record anymore, let alone pay for an ambitious video. So after a lot of hemming and hawing I agreed to work with Apple on the video. I wanted the video to have a wider reach, and only Apple could offer me the resources to do so.”

She added: “My being bought as a politically outspoken artist is a more potent advertising tool for Apple than a 100 more explicit ads. It creates the false aura for Apple of being cutting edge, of being artist advocates, of being innovative mavericks, of being environmentally friendly, of caring about people and communities, instead of being the McDonald’s of consumer high tech whose wealth was largely pilfered from what was once a biodiverse music industry … I felt like a house cat that had been declawed. Those are the terms of engagement now in the music industry. We really get what we deserve. I am sure we are already at a point where we are forfeiting important artistic voices as a consequence of this.”

The entire interview may not be uplifting per se—at one point, ANOHNI says, “We have been played, it’s just the truth”—but it’s definitely an engaging read. Catch the whole conversation over at the Creative Independent.